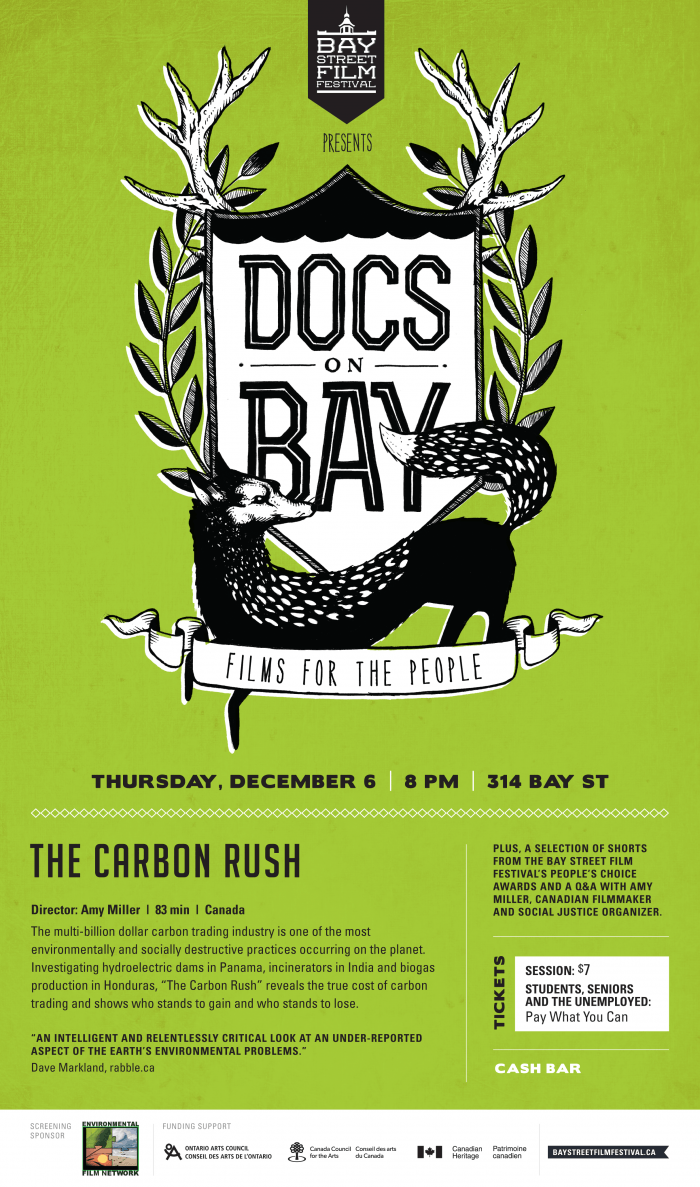 The multi-billion dollar carbon trading industry is one of the most environmentally and socially destructive practices occurring on the planet. On December 6 at 8 pm, DOCS ON BAY will feature Amy Miller’s film, “The Carbon Rush. ” Miller is a Canadian filmmaker and social justice organizer who has directed “The Carbon Rush” (2012) and “Myths for Profit” (2009) – she will be attending the December 6 screening and will lead a Q&A. By exploring topics, such as hydroelectric dams in Panama, incinerators in India, biogas production in Honduras and more, “The Carbon Rush” reveals the true cost of carbon trading and who stands to gain and who stands to lose.

DOCS ON BAY is the Bay Street Film Festival’s monthly screening program. Tickets are $7.00; students, seniors and the unemployed can pay what they can. Films are screened at 314 Bay Street.

For further details about “The Carbon Rush”, visit: http://www.thecarbonrush.net/ 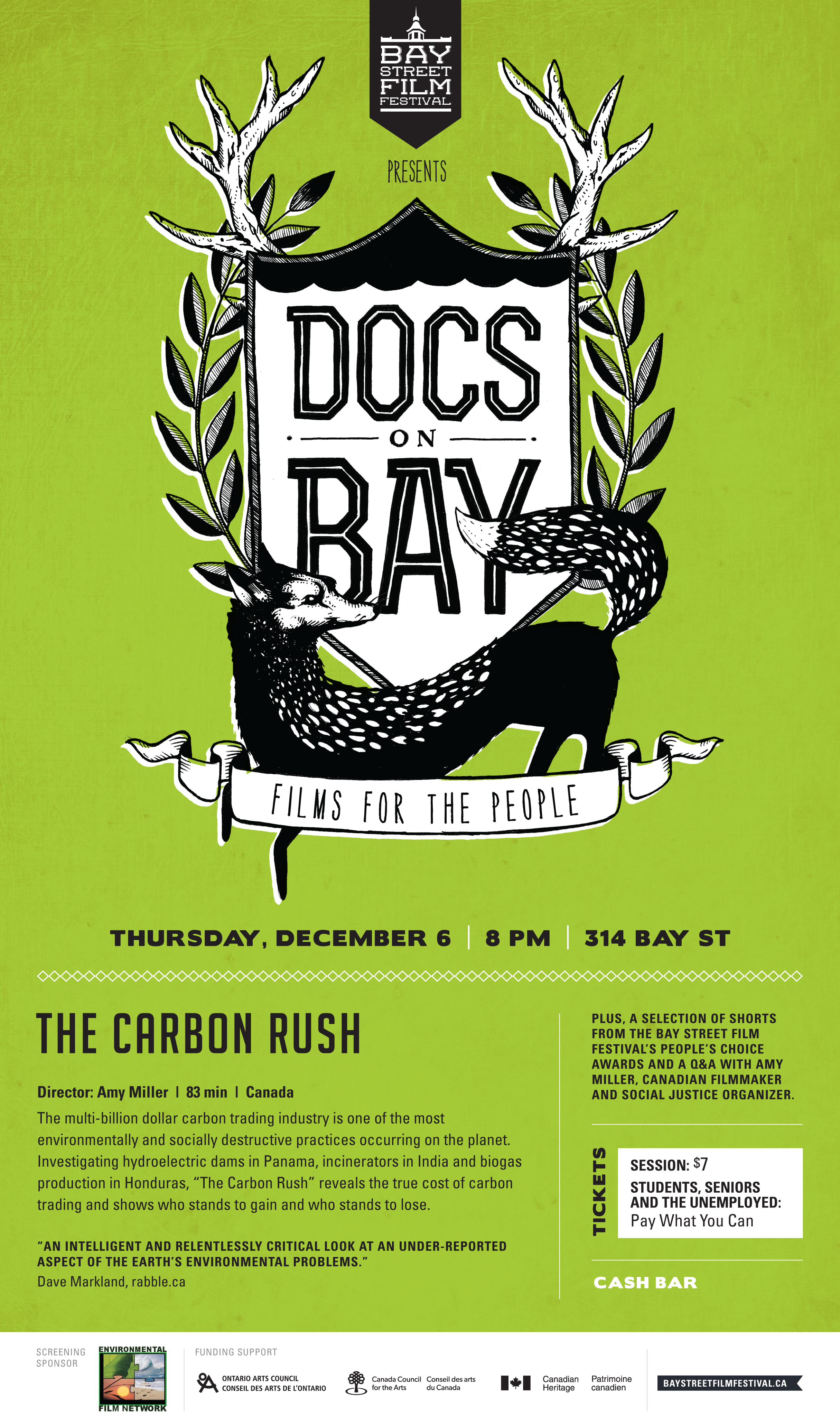 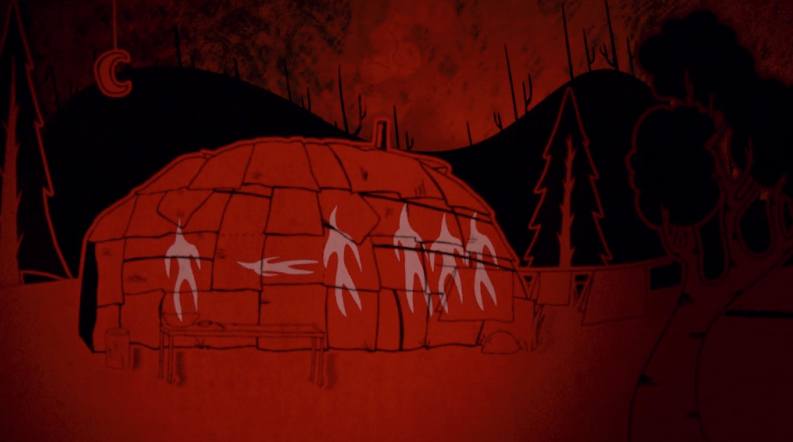 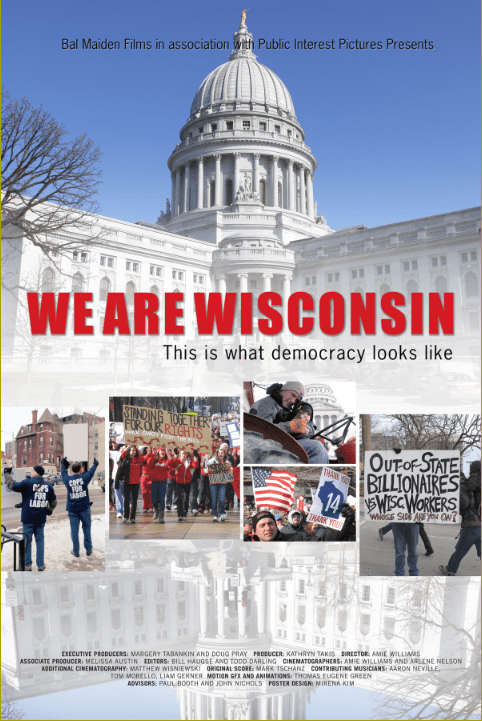 Film Screening of We Are Wisconsin & Workshop with Filmmaker Amie Williams 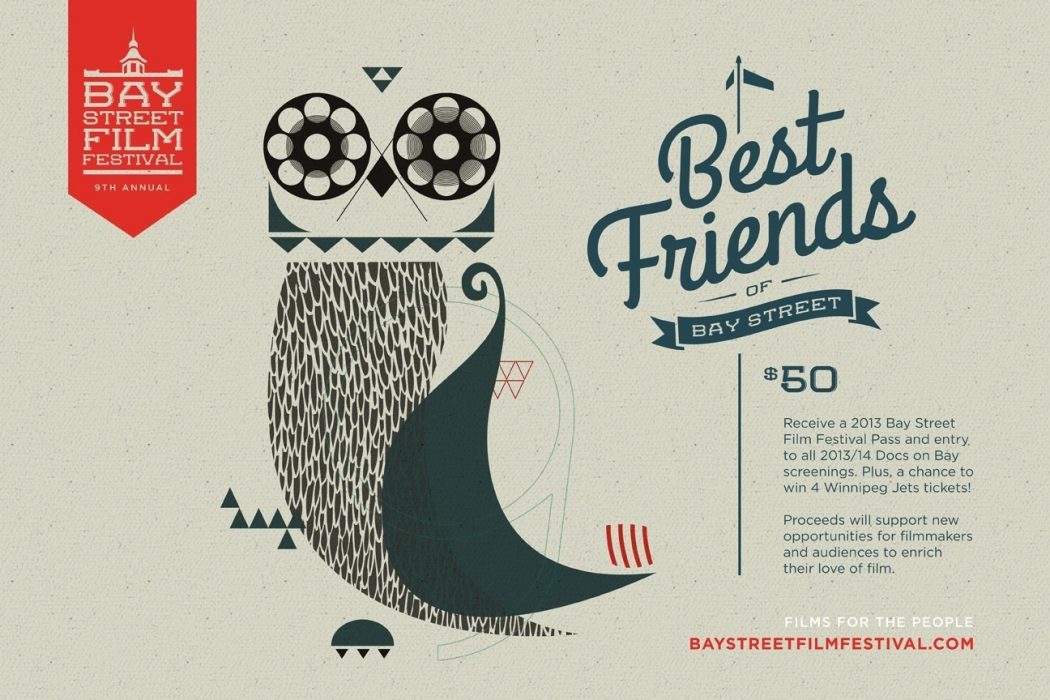 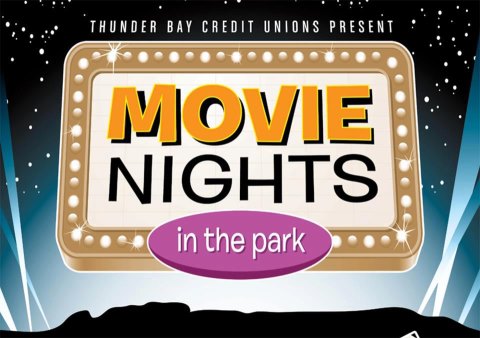