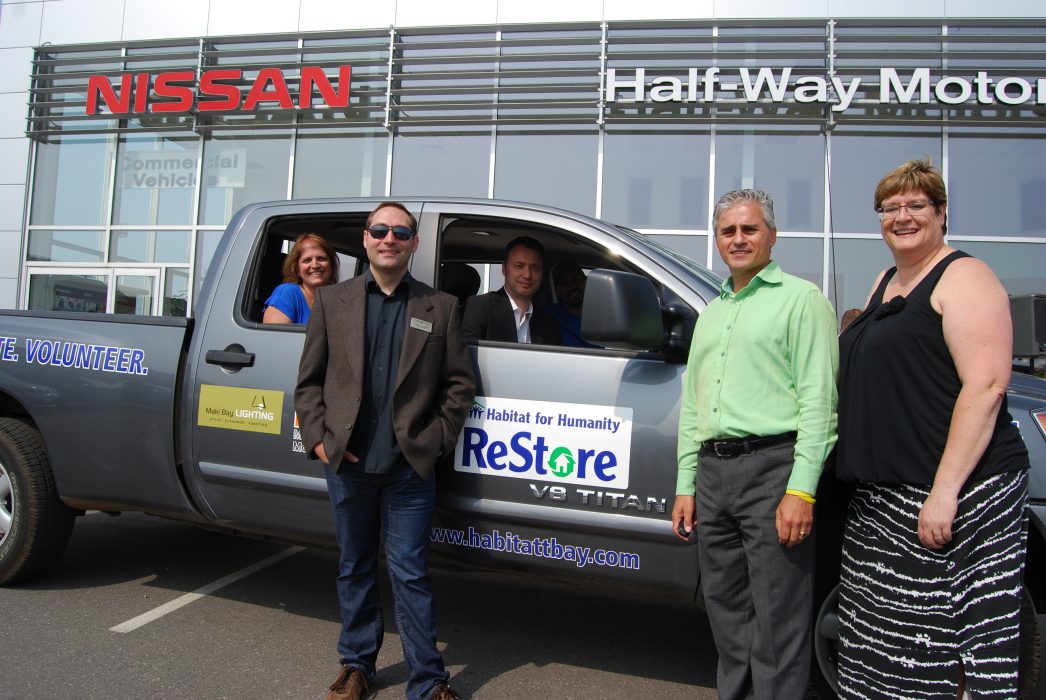 Today, Habitat for Humanity Thunder Bay unveiled two new additions to its workforce that will enable the not-for-profit to enhance operations. Thank to a $138,300 capital grant from the Ontario Trillium Foundation, along with support from the Nissan Canada Foundation and Halfway Motors, Habitat for Humanity Thunder Bay has purchased two new Nissan Titan trucks.

The Titans will support and increase the number of ReStore salvages and the pick-up and delivery of products. ReStore Manager, Tyson Neil, says, “Habitat for Humanity Thunder Bay is very thankful for the Ontario Trillium Foundation’s generous grant, and the contributions made by the Nissan Canada Foundation and Half-Way Motors. The Nissan Titans are heavy-duty trucks and will allow our team to make larger and more frequent ReStore salvages, which will undoubtedly boost productivity and revenue. This profitable growth will have an extremely positive effect on Habitat for Humanity Thunder Bay, as the ReStore is the organization’s single largest source of funding.”

Bill Mauro, MPP Thunder Bay-Atikokan, says, “As a dynamic community partner, Habitat for Humanity enhances the well-being of our community. I’m delighted to see that the Ontario government’s Trillium Foundation program is supporting this organization through this grant, which will boost the ReStore salvage program.”

The Ontario Trillium Foundation grant is also supporting the purchase of a forklift from Equipment World; a local business that was also recognized today for its charitable markdown. Complimenting the new trucks, the forklift will be used on-site at the ReStore to move heavy products safely and efficiently.

Since 1994, Habitat for Humanity Thunder Bay has constructed 27 homes for families in need, giving 79 local children homes of their own. “As an organization, Habitat for Humanity Thunder Bay strives to mobilize the community and move families forward toward affordable homeownership. Today’s contributions represent the community coming together to build a better future for families to thrive in a safer and healthier environment. I couldn’t think of a better way to kick off our 2014 construction season,” says Neil. 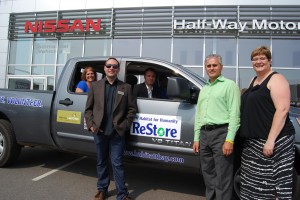 Songs to Amalgamate By 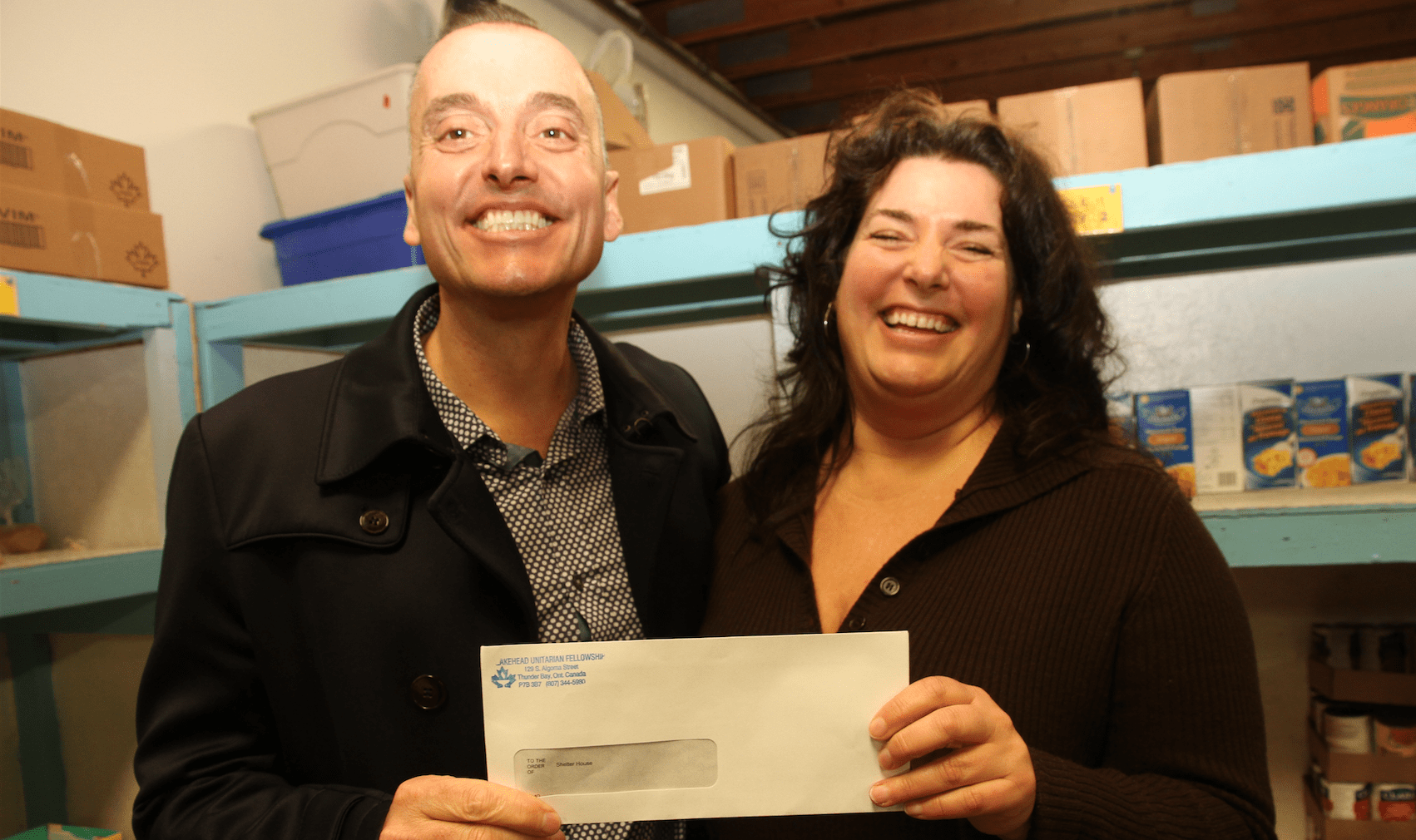 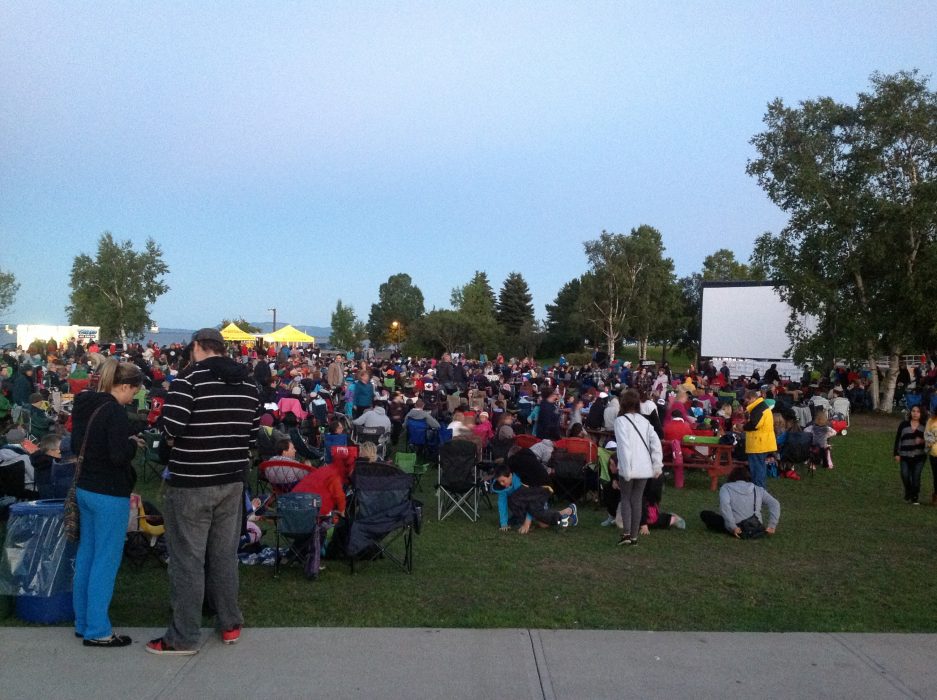