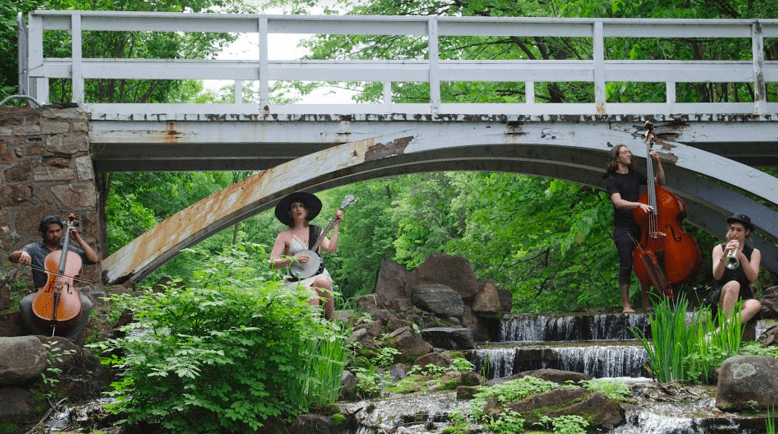 When it came time to choose songs for their debut album, the members of Montreal witch-folk band Ghostly Hounds dug up the past.

Creature, an 11-track album released in July, includes some new material, certainly. But lead singer/songwriter/banjo player Francesca Daoust didn’t shy away from including some of the very first tunes she ever wrote, either. “Some of the songs were written last summer, and some of them were written the first month that I picked up the banjo,” Daoust says. “For example, ‘A Cliff’ is so simplistic, because I did not know how to play the banjo when I wrote that song, and so it relies very heavily on the other instruments to make it feel full.” On the other end of the spectrum, Daoust cites “A Shady Grove,” the album’s 11th track, as an example of a song that was written more recently and features much more complicated picking. 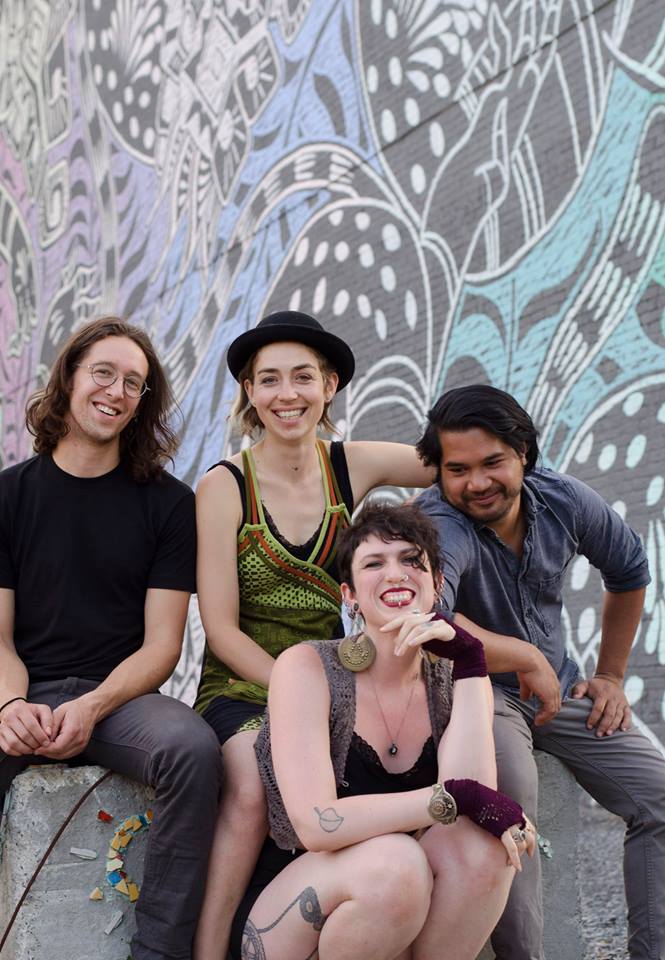 As for why the band chose older, sometimes-simpler tunes for their debut album: the reason, Daoust states, is simple. “We just chose the songs… that had become our favourites, and our fans’ favourites,” she says. “Some of those are the very simplistic ones, and I think that it adds depth and variety.”

There is a thematic link as well, Daoust says. “The album is a lot about grief, and working through difficult times and connecting with people through embracing darkness and challenge,” she says. “A lot of the songs—especially when I first started playing those earlier songs where I didn’t know how to play banjo—are songs about grief. So they’re kind of the beginning of the story.”

As for the Ghostly Hounds’ sound, it’s a unique and memorable one—dark and jazzy and folky, with Daoust’s distinct voice (her vocal experience includes jazz and classical) backed by her banjo, Matthew Dorfman on double bass, Suzanne Stirling on trumpet and mandolin, and Vimul Him on cello as well as saw.

Thunder Bay fans who check out one of the band’s upcoming local shows are in for an intimate evening, Daoust says. Ghostly Hounds show-goers tend toward sitting and listening when the band is on stage. “Sometimes, we have people dancing,” she says. “Maybe a third of the audience will dance, while two-thirds will be paying attention… We’re really grateful that people tend to want to really hear what we’re saying.”

Ghostly Hounds are on stage at The Foundry on August 31 & September 1; check them out at ghostlyhounds.com. 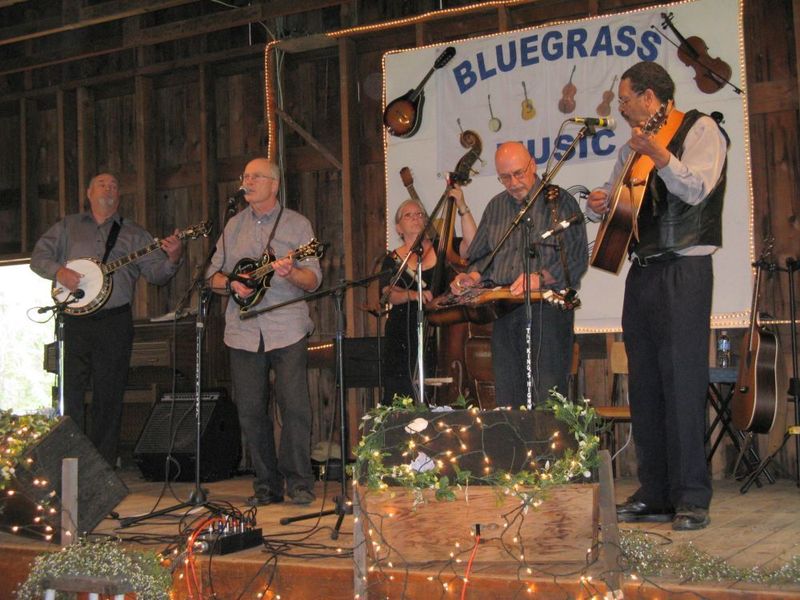