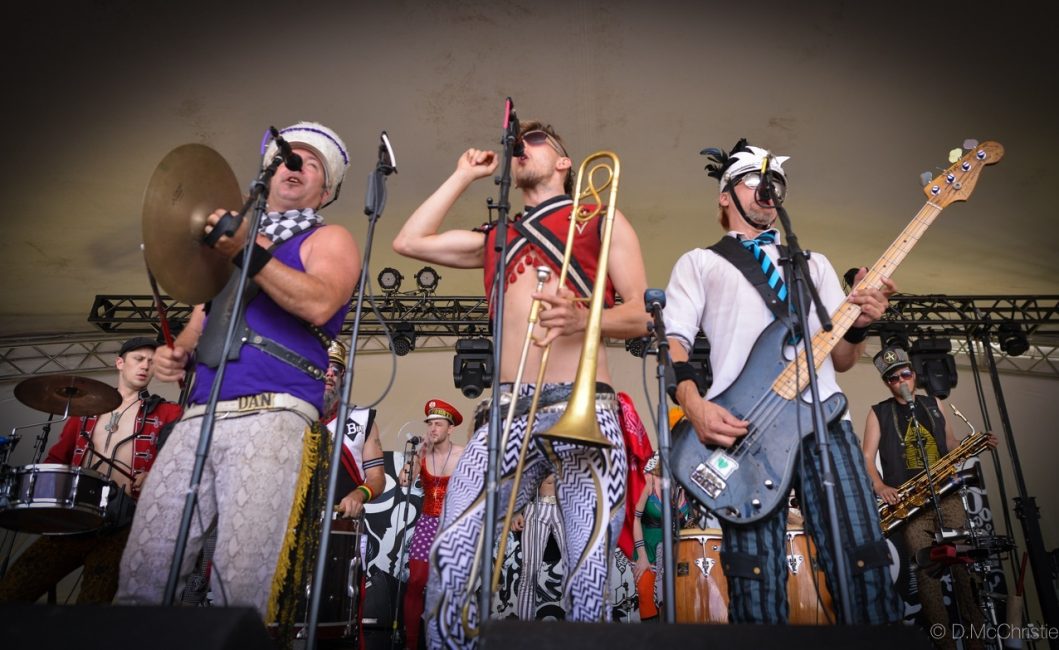 “One, two three—push!” With our cumulative strength, my kids and I pushed our van backwards down First Street in Kenora as my husband Darren bump-started the engine. It worked. “Get in!” yelled Darren as he shifted the van into drive to continue our journey west.

We are the proud owners of a 1985 Volkswagen Westfalia. It is golden brown and resembles a bread box on wheels. We’ve taken it on several family vacations with occasional breakdowns, so our kids are not strangers to the bump-start. This time, we were headed to the Winnipeg Folk Festival and had stopped at the Lake of the Woods Brewery Company’s taproom to have lunch on their sunny patio and stock up on craft beer.

“The Shins are headlining the Winnipeg Folk Festival this year,” announced Darren back in March. We’re fans and it had been eight years since we were last at the festival. “Let’s go,” I replied with emphatic enthusiasm. And all that was left to do was renew our CAA membership.

This year marked the 44th anniversary of the Winnipeg Folk Festival—four days of music spread over nine stages at Birds Hill Provincial Park, just east of Winnipeg. With our campsite booked for the weekend and the Westy’s shelves packed with supplies, we headed west. The engine purred like a kitten up until the point when it completely died, just past Clearwater Bay on Lake of the Woods. Our friends at CAA said help was on the way but that it would take a couple of hours, so our kids entertained themselves perched on a rocky outcrop set back from the highway and I made a half-assed effort to help Darren troubleshoot the problem. He had it figured out by the time we piled into the tow truck for a lift back to Kenora, and had replaced the battery and fixed the starter in the parking lot of Canadian Tire before the kids and I paid for our bag of junk food in Wal-Mart.

Back on the highway we adopted a “we’ll get there, eventually” attitude, knowing that we would be hard-pressed to catch any of the Thursday night performers. We pulled into our campsite and popped the top of the Westy just as The Shins wrapped up their set with a Tom Petty cover. Disappointing, but it could have been worse… at least the van was easy to fix!

The highlight of any music festival is discovering new music. Winnipeg’s headliners, like Feist, Bruce Cockburn, City and Colour, and Daniel Lanois were stellar, but that’s what one expects from veterans. We’d never heard of acts like The Suitcase Junket, and MarchFourth and they blew our minds with their completely unique style and mesmerizing talent. MarchFourth features 20 musicians and performance artists—they are basically a funky jazz band crossed with a marching band with some stilt walkers and Vaudeville-style dancers. And it is only at a festival like this one that one can watch the likes of Alvin Youngblood Hart and John Paul White perform on a small stage while relaxing in low-slung chair or hammock slurping lemonade and eating organic popsicles.

This year’s festival drew a crowd of over 60,000 people to watch top-notch performers from as far away as Ireland, Holland, Ukraine, and the Congo playing an array of musical styles. Folkies got their fix of unplugged singer-songwriters and those whose tastes favour heavier music got their fix of wailing guitar solos (we’re looking at you, Daniel Lanois and Esmé Patterson). It’s a musical potpourri that sounds as good as it smells (and I’m not referring to patchouli).

We headed home on Monday morning fully satiated. The disappointment of missing the opening night and The Shins was a distant memory and the Westy purred like a kitten, but this time we made it all the way to Thunder Bay. 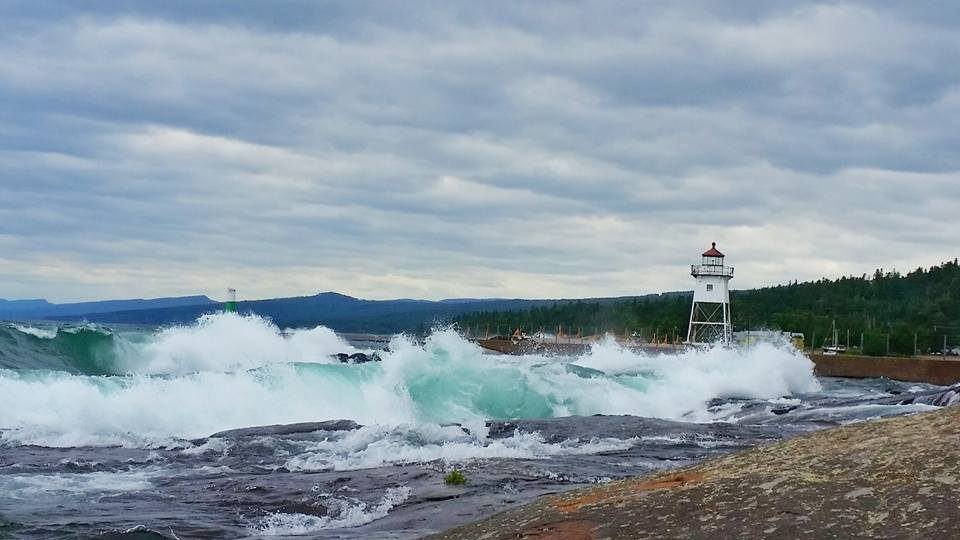 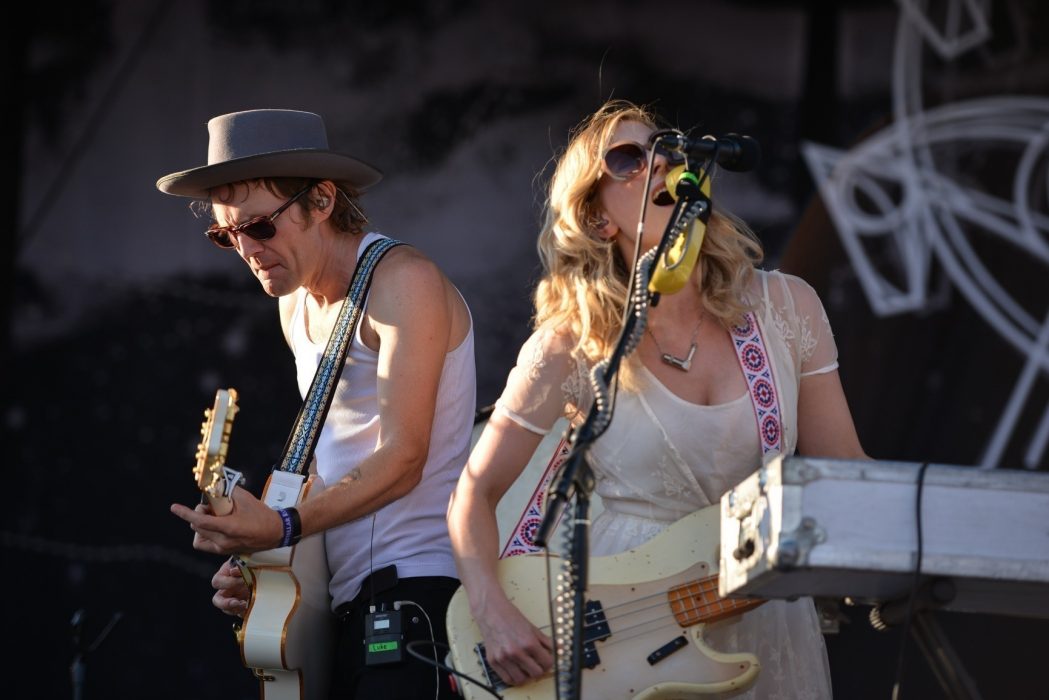 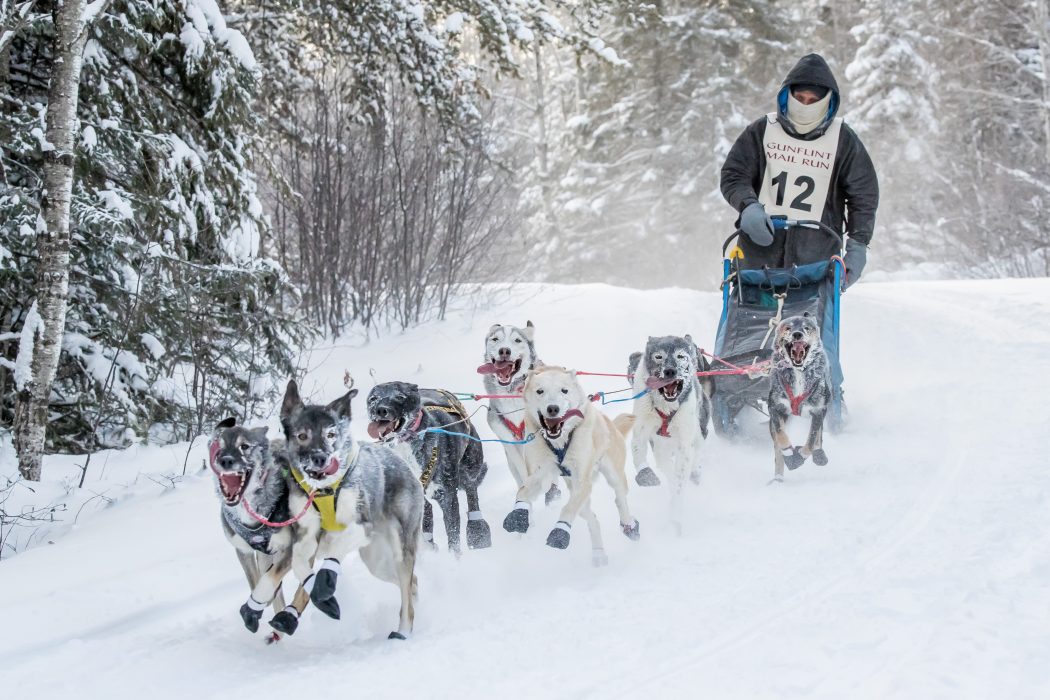