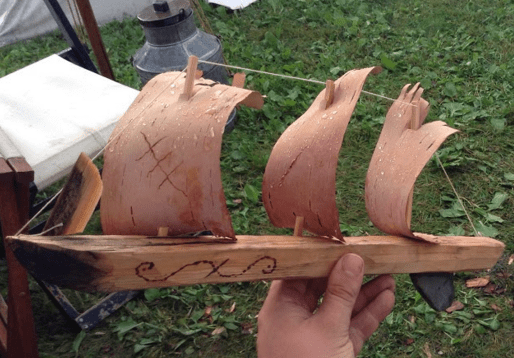 Last month, we shared Chelsea’s story about a little sailboat she found on Lake Superior. One of our readers happens to be friends with the boat’s creator and shared the link to her story…we’ll let Chelsea take it from here!

Guess what everyone?! I found the owner of the little sailboat! OMG!

After only a week of seeking the creator of the sailboat, I received an email from Ian, a 25-year-old man from southern Minnesota. He even sent me a picture of what the boat looked like before he sent it out to sea.  I was so excited!

This is what he told me:

“I made it in camp at the Grand Portage National Monument during the recent rendezvous reenactment in August. When I was younger I had tried making little sailboats, with little success. So this year I was sitting in camp, and I decided to try to make one that works. I grabbed a piece of firewood, a rock from the beach, some birch bark, and a piece of string and after about a couple hours I had a boat.

That evening, after the sun set, the wind shifted and there was a slight breeze blowing out onto the lake. So I set my boat in the water off the end of the dock at Grand Portage and watched it float out into the night.

That weekend I made three boats and sent them all out to sea the same way, I think your boat was the second. I didn’t expect to ever see or hear anything of my little boats again.  You can do with the boat what you wish.”

I believe Ian was just as excited as I, especially to hear that his boat had sailed so far!

Now that I have found the creator of the boat, my Dad and I are going to replace the missing sails and then send her back out to sea. I do hope that if anyone finds the boat again, or either of the other two boats that Ian carved, that they share their story as it is an important tale. Through this amazing experience, I learned just how connected we all are in this world, even borders cannot separate us.  A very special thank you to Ian for his talents and letting me know about his little boat’s voyage. 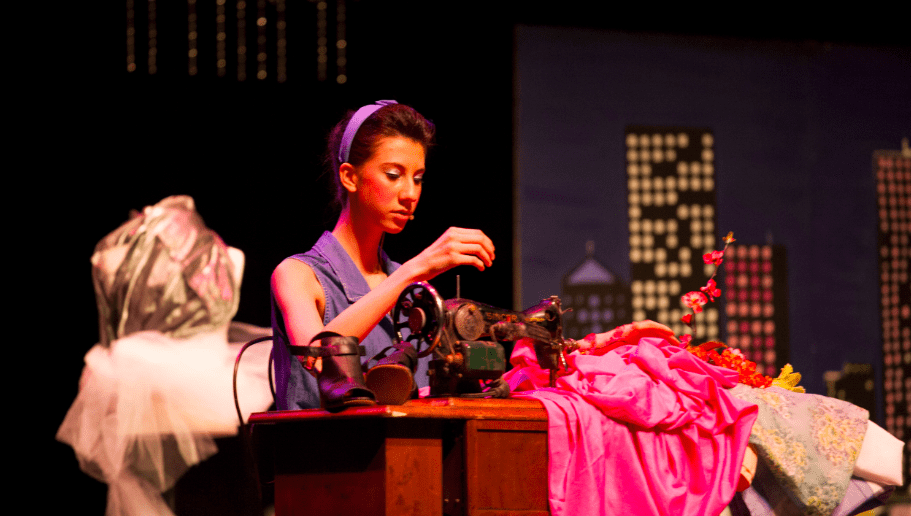 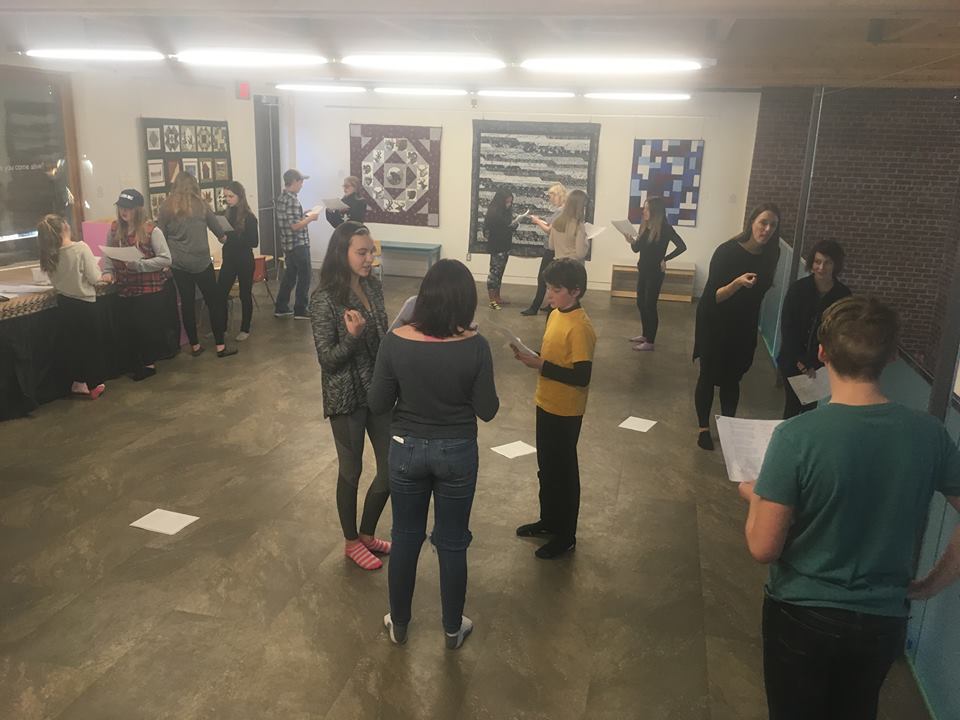 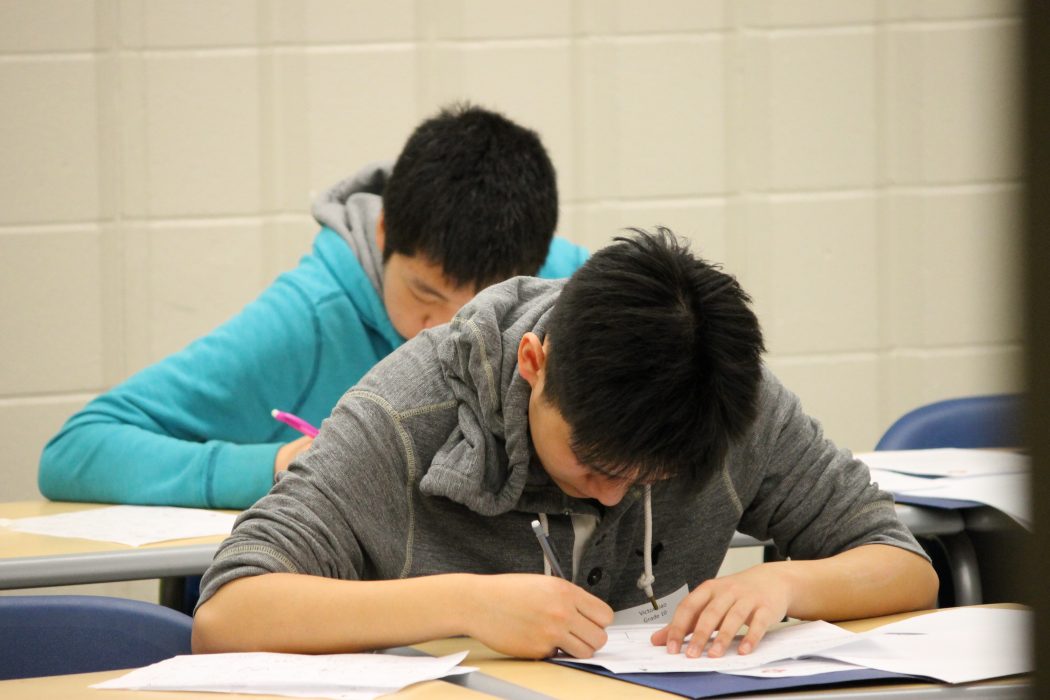 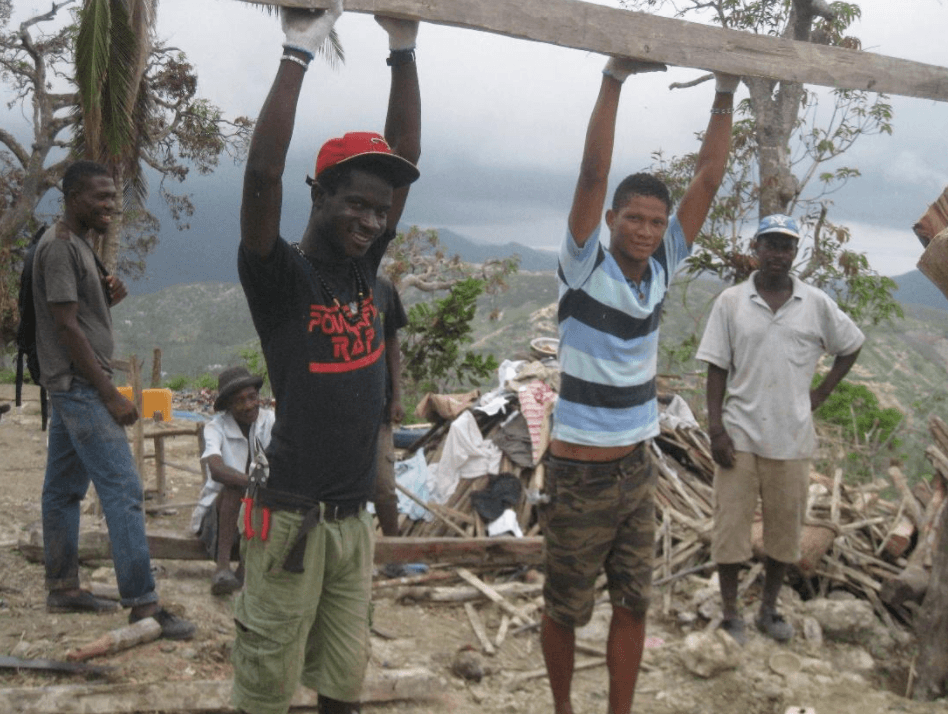 Hats Off to Agnew Johnston Students