Magnus Theatre’s Great Expectations is an impressive and visionary interpretation of Charles Dickens’ sweeping classic piece of Victorian literature. Adapted by director Richard Ouzounian, this production is substantially downsized in terms of scope and graphic imagery in comparison to the novel. However, Ouzounian’s adaptation retains the colourful characters, the intrigue and commanding revelations that are, themselves, great expectations of a coming-of-age story.

Great Expectations is the tale of an orphan named Pip as he endeavours to break free of his abusive older sister and lowly societal bonds, sure of the gentleman he can become. Bolstered by Joe, his sister’s passive yet kindly blacksmith husband, life is changed when Pip begins working for the mystifying Miss Havisham and her confounding yet attractive daughter Estella. Soon good fortune comes to Pip at the hand of a mysterious patron and he is off to join London society, yet he seems to take missteps at every turn.

Though this production of Great Expectations is still set among the marshes of Kent and in London, Ouzounian smartly advances its span of 28 years to depict the period between the end of World War I and end of World War II. He also deftly narrows the sweeping cast of characters down to a crucial and engaging nine. As Pip, Justin Goodhand is sharp and well-versed, equally eloquent in his moments of narrative as he is in exchanges with the many characters that propel his essence. Carson Nattrass’ portrayal of the repressed Joe is poignantly engaging as proud man, never failing to show his affection for Pip. As Herbert (Pip’s chum in London), Nattrass is charming and infectious, teetering back and forth between the enthusiasm and anxiety Pip arouses.

Alex Poch-Goldin is both rich and inventive as he very fluidly transitions between Magwitch (the coarse convict), Mr. Jaggers (the refined lawyer), and the mysterious and ireful Miss Havisham. Lauren Toffan is beautifully wicked as both the abusive Mrs. Joe (Pip’s sister) and as Estella (Havisham’s hard-hearted adopted daughter). Toffan persuasively becomes light and splendid as Biddy—a young girl whose fondness for Pip goes ignored as he pursues Estella in vain.

Set designer Doug Robinson simply, yet dramatically, frames the production with towering wooden portals, allowing for imaginative character entrances while never distracting from the performances. An ingenious employ of stained high-density, but light, foam in varying shapes and sizes allows the actors themselves to dramatically transform the scenery from a churchyard, to a posh London sitting room, to a boat afloat in the water. The set is complimented by Travis Hatt’s thoughtful lighting design, establishing atmospheres of tension, mystery, and misery. Costume designer Mervi Agombar deftly employs and shapes great pieces to authentically dress the war era characters from Magnus’ remarkable collection, one Ouzounian says is better than that of the Stratford Festival.

An intriguing adaptation of an epic and popular Dickens novel, Magnus Theatre’s Great Expectations is a distinct treasure in the season. For more information call 345-5552 or visit magnus.on.ca. 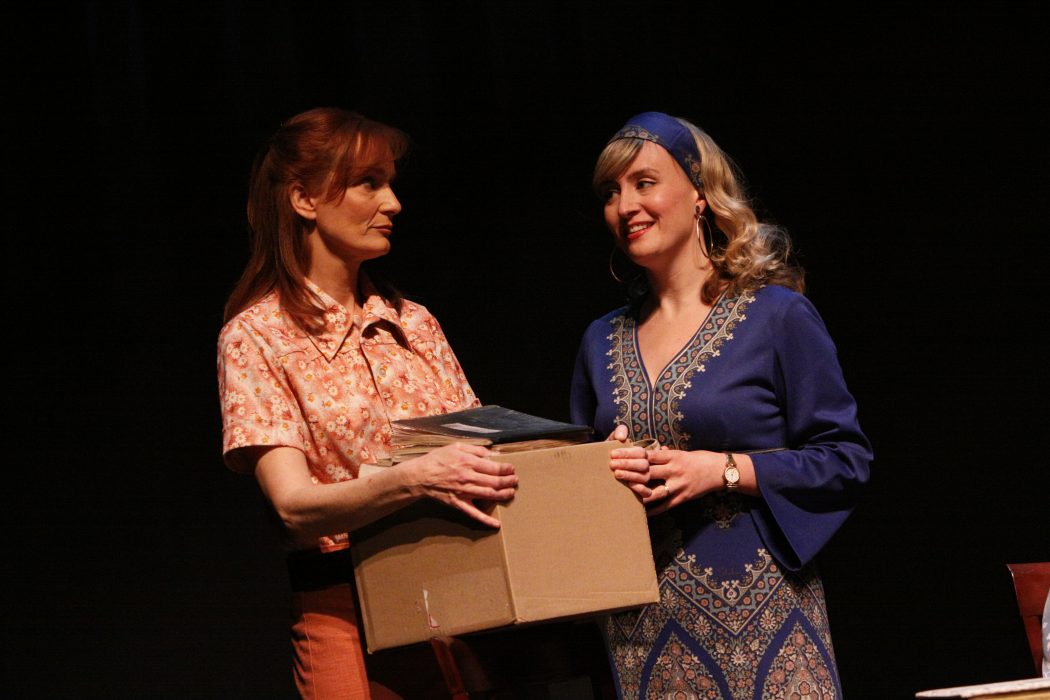