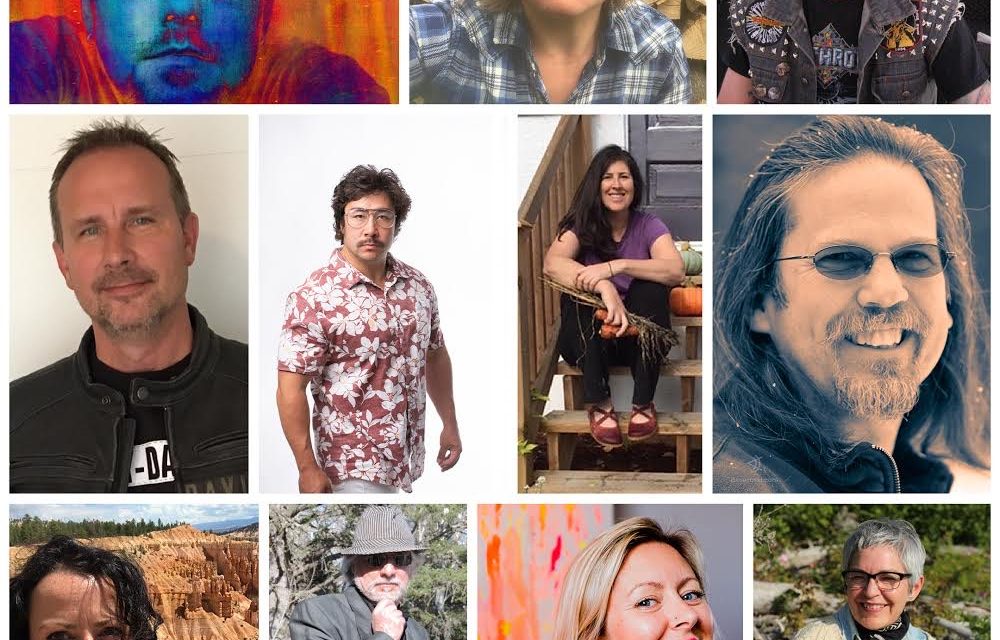 DYK this issue marks our 10th anniversary? To celebrate, we’ve asked 10 writers and 10 photographers to share their favourite contributions. Thanks to everyone who has helped us along the way—here’s to the next decade of arts & culture in TBay!

Rebekah Skochinski has been a part of our team since the second issue, helping to shape the content of the magazine as an editor and wordsmith behind staples like Stuff We Like, Drink of the Month, and the Top Five. “Somehow I landed on making the Drink of the Month my regular feature and yes, it’s as fun as it sounds, but one of my favourite series was something hatched by Tiffany Jarva, called Exploring our Neighbourhoods, which was a photo essay style that involved the two of us and Marlene Wandel behind the lens, visiting the neighbourhoods in our community. Usually on foot, sometimes on bikes. It’s the best way to fall in love with where you live.”

Tara George started writing and taking photos for us in the early years, since the third issue in 2010. She has covered a wide range of topics including artist profiles, fitness stories, and a couple of columns:Tara Tries and Gardening 101. “This article was where I really had to put myself out there and admit (while laughing) that I ‘weeded’ my beets and replanted a dandelion thinking it was a carrot-I had no idea what I was doing! Since then I’ve figured a few things out!”

Music writer Peter Jabs says he’s done some counting and has penned over 48 pieces for us since year one. “My favourite music story?  The interview with Tom Wilson comes to mind. I also really like the ‘Hanging on Every Note’ review for Brandon Santini appearing in the November 2018 issue.” Jabs also mentions that he really enjoyed writing “Forty Yards of Tartan” about the 100th anniversary show of THE Thunder Bay Pipe and Drum band at Crock’s in 2012.

Hanging on Every Note, November 2018

Writer and photographer Marlene Wandel has been contributing to the magazine since the very first issue. Her thoughtful insights, witty musings, and sometimes rants are often the fodder for The Wall column. “This piece typifies what I loved about writing The Wall–it was always a version of a love letter to my life here. Sliding in a tongue in cheek rant or a bit of silliness was a joy, too.”

Chef Rachel Globensky’s recipes have been featured in every single issue of The Walleye for ten years. In 2019 she published many of her favourite recipes from her column coupled with stories about a place in her book Seasons of Thunder Bay. “Each month has given me an opportunity to dig up family favourites or try out new recipes.  This recipe for buddha bowls is one of my favourites because even though it’s organized into a fancy chart, the ingredients and amounts are pretty loosey-goosey: throw a little of each category into a bowl, and it’ll taste great. You can personalize the veggies, protein, starch, and dressing according to your tastes, or what you have on hand.”

Writer Tanya Gouthro was part of The Walleye from day one of the launch, helping with setting up at Bay and Algoma with the Thunder Bay Roller Derby team, handing out the first issue, along with persians. “Camp Vinyl let me tap into some really lovely warm nostalgia, and actually helped me grieve a place and allow it to find a lovely happy place in my memory.”

Writer and editor Nancy Saunders has been copyediting and writing for The Walleye since the second issue. Over the years she has made us all sound better with her copy editing flair and has written across all genres including columns like the Bucket List, This is Thunder Bay and Eye to Eye. “Contributing to an arts and culture magazine checked off a major item on my personal bucket list. Driving an ice resurfacer, milking a cow and talking with hundreds of people to share their stories have been unforgettable experiences over the past ten years and have really made Thunder Bay home for me.”

Since 2012, writer Betty Carpick has written many articles, across many genres like art and food for The Walleye. In the early days, she also wrote a lot about film. “Throughout her career and by example, Eleanor Albanese reminds us of all the many ways that art can be made and remade into something new and beautiful, Recently, she celebrated the publishing of her first novel, If Tenderness Be Gold.”

The Power Within: Eleanor Albanese and Visual Choreography, Sept 2014

Columnist Jeannie Dubois has been part of The Walleye since the second issue. We appreciate her sommelier and pommelier expertise and her monthly bevvie and food pairings that have guided us in every issue since she joined the team. “Since I’m on a cider jive right now I picked a column, Apple of My Eye, that was at the beginning of that journey.”

“Writing for The Walleye for the past six years has allowed me to connect with so many of my favorite artists! I get to keep up with our fierce local scene and focus on the best touring acts. A definite highlight was when I had the chance to interview Steve Earle in 2017 – he had more stories than we had time.”Justin Allec started writing about music for The Walleye and now we also enjoy hearing his take on everything cannabis in his monthly column Cannabis Corner.

“This cover reminds me of the evening I got a tour of the Camperino, meeting Jeannine and her partner Robin, and our instant friendship. I am so grateful to have gotten to meet her.” Photographer Shannon Lepere started snapping photos for us in the second issue. She has shot ten of our covers over the years, including the super fun Grill Wars which features her partner, musician Jean-Paul DeRoover, and singer-songwriter Jamie Smith.

Merkley started taking photos for us in the fourth issue. He was the first photographer trying to get the “just right” shot for Drink of the Month. Merk was also our first comic strip illustrator and author. “Zygote Bop was a fun comic strip experiment, even though I am so wordy. This is probably my favourite as it captures the strange sense of humour I was going for.”

Photographer Chad Kirven’s first gig with the magazine was shooting the cover for the “Best of Thunder Bay” 2016 issue. “The idea for this cover photo was imagined by Adrian Lysenko and featured Damien Gilbert, Boy Roland, and members of Morning Light together in Kangas Sauna. I loved this image because it captured so many aspects of the Thunder Bay community in such a fun and creative way.”

Photographer and reviewer Bill Gross has been part of The Walleye from its beginning, profiling local and international entertainers. “The Walleye has provided countless bucket list opportunities for me. The Walleye’s respect in the community has allowed me access to meet, interview, and photograph many local and international music artists. If I could only tell my 16 year old self that I’d be hanging out with Slash backstage one day…”

Having captured a wide range of subjects over the years for The Walleye, photographer Patrick Chondon’s favourite photo was the S’more at Red Lion. “It was so much fun capturing the photo, and just as great eating it afterwards. Plus, having it featured on the cover of The Walleye was the so-called icing on the cake!”

“Working for The Walleye gives me the opportunity to meet new people and chances to get involved in what’s happening in the community.” Kay has been taking photographs for The Walleye since 2018, starting with the Union Duke show at The Foundry. He has since shot several live shows, This is Thunder Bay, Eye to Eye and other stories.”My favorite assignment was probably my first one. When I was shooting Union Duke at the Foundry. It led to more interesting assignments for me afterward, and the show was honestly amazing.”

“Free-lancing as a photographer for the walleye for the past several years has given me a stronger tie to my community.  I’ve gotten to capture some of the best Thunder Bay has to offer and share those images with the city. There have been many perks! I’ve been able to go to really cool events, tour around town and chat with locals, and scope out new restaurants.This has been the most locally enriching aspect of my career as a photographer, and I’m grateful to be part of it.”  Her favourite shot is the cover of the women who trap and work with furs.”It was my first cover so an important milestone for me, plus showcasing some very cool women doing unique work is always cool!“

Close to the Land Cover, February 2019

Damien Gilbert has been taking photos across all departments including many covers for The Walleye since the early days. “I remember asking Adam Hopkins if he minded being in The Walleye, a local magazine in Thunder Bay. He’s like, ‘Why would I want to be on a cover of a fishing magazine?’”

Dave Koski not only attended many, many events as a photographer for The Walleye over the years, he was also part of the team behind the scenes before we even launched as the magazine’s first graphic designer. “Burton Cummings is the only major artist that I’ve photographed that allowed photographers to shoot his entire set (most performers have a ‘first three songs’ shooting rule). A very gracious and dynamic performance by one of the biggest stars to ever play Blues Fest.”

Photographer Keegan Richard has been with The Walleye for the past couple of years. “It has been an honour and a privilege. I really enjoy bringing my camera to explore the creative side of Thunder Bay: from capturing live musical performances from local and traveling musicians to the incredible festivals, delicious cuisine, and the beautiful scenery.“ 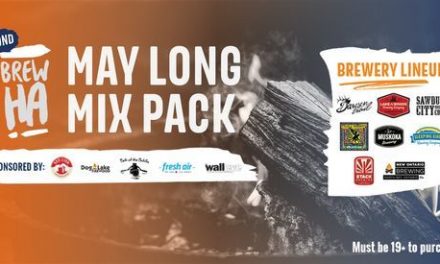 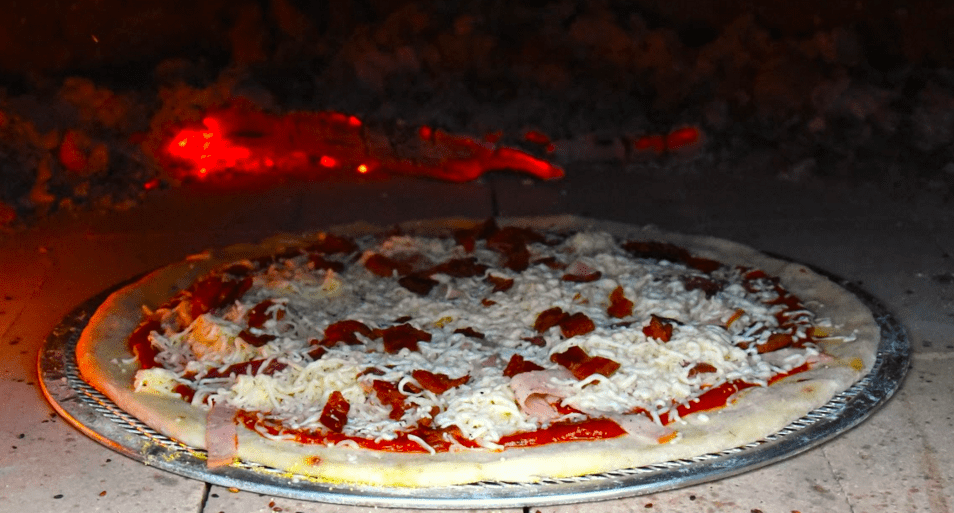