Mary Bridget Davies felt a physical and spiritual connection with Janis Joplin’s music long before she adopted the legendary rock icon’s persona for the stage. A native of Cleveland, Davies credits her parents’ extensive record collection for exposing her to timeless blues and rock n’ roll classics. As she began to hone her voice, Davies found Joplin’s sound and style sat within her own and it has served her well. She garnered acclaim as Joplin in Love, Janis, fronted Big Brother and the Holding Company, and earned a 2014 Tony nomination for her performance in A Night With Janis Joplin, a musical that explores Joplin’s evolution and the seminal female artists like Odetta and Nina Simone who inspired her. Now on a 70-city North American tour and ahead of the production’s April 11 engagement in Thunder Bay – one of only three Canadian dates on the tour – Ms. Davies spoke to The Walleye from Kansas City.

The Walleye: I’m going to start you off with a bit of a hook. Janis Joplin was born in Port Arthur, Texas. Thunder Bay is the amalgamated city of two smaller cities, the south side being the former Fort William and the north, where you’ll be performing, Port Arthur.

Mary Bridget Davies: Amazing! That’s incredible. That’s going to be an extra special night then, for sure!

TW: A Night with Janis Joplin is unique in that is isn’t necessarily a biographical stage adaptation of Janis Joplin’s life but more a story about how she became the performer she was, about the music and musicians who inspired her. What, in your opinion, is the importance of bringing this story to an audience?

MBD: Well, I believe that she unfortunately has been remembered as this one tableau of this loud-mouthed, biker-boot stomping, Southern Comfort guzzling banshee which, of course, that was her stage persona. But there was so much more to her, and to show people that – you know, people think that she just kind of came to life at 27 years old and died that year. But she was a kid growing up. She did have influences. She loved these women who were the pioneers of their musical culture as well, and it just shows a little more of the history to her evolution. Those women were so important anyway to begin with so it’s just amazing that we get to put them in the show as well.

TW: You have a long history with Janis Joplin and her music. Your own concert performances, touring with another production (Love, Janis), and sitting in with Janis Joplin’s band, Big Brother and the Holding Company. When was it that you discovered Janis’s music and why did it resonate with you?

MBD: I was a teenager and my parents had been playing it my entire upbringing. We had a really great sound system and they had an incredible record collection so I was lucky enough to be hip to a lot of really good music of their generation. And, you know, growing up listening to Salt N Pepa and then my mom’s playing John Lee Hooker records and you’re like “Oh! What’s this?!” So, it had been in my life for as long as I can remember and I just realized that I could maybe sing along with her (Joplin), or that I could sort of do those vocal runs and things like that, during my teenage years.

TW: In A Night with Janis Joplin I’m wondering if there’s a moment – a specific moment – when you know you’ve won the audience over? Meaning not only are they enjoying their performance but you’ve gotten them to suspend disbelief and they see you as Janis Joplin?

MBD: I knew exactly where you were going with this and, yes, absolutely! It’s “Piece of my Heart.” It’s in the first act and by the time I hit that scream at the end, then everybody’s into it. Everybody’s invested by then. And it’s not that they aren’t invested to begin with necessarily, it’s just that they’re like “Well, we’ll see how she does this thing,” and then we do it and it’s a success and everybody’s having a good time. But I’ve felt the same way as a fan of hers. I do the show in the way that I want to see it.

TW: Is there a part or a moment in the show that you love, that you really truly love and lose yourself in?

MBD: It’s “Ball and Chain.” I came up as a blues singer first, too, and there’s so much freedom and then, being this theatre piece, we have to stay within certain restrictions. That’s not saying I’m not allowed to improvise here and there. I am. Our director has given me that freedom but, in the blues, the possibilities are endless. I know what Janis could and couldn’t do so it kinda gets me. You’re so spiked on adrenaline by that point in the show anyway. My hands are actually shaking. It’s fantastic. It’s the biggest adrenaline rush and it’s just kinda like “Well, you know what? Here it is! I am losing my mind up here and I hope everyone’s enjoying it.” It’s more about how it feels than how it sounds at that point, especially with blues.

TW: You’ve been with this production since 2012 at Arena Stage (Washington, D.C.), then Broadway in 2013 and 2014 during which you were nominated for a Tony for Best Leading Actress in a Musical. I’m wondering what it’s like for you to now take this production on a North American tour?

MBD: It’s so much – it’s almost better in a way because I was a touring musician first, and it’s exactly informed of her life and where it all came from. In New York, you know, on Broadway, we lived in these cool apartments in Manhattan and we walked to work every day. It was a different thing. This is like “You’re on the road!” You’re on the road with the band. We are a band of travelling gypsies, with the girls and the guys and I. Everybody gets along. We’re all family. We all just load out and we do the show, and we actually hang out with one another after which is almost unheard of. We’re actually living that lifestyle while doing a theatrical performance at the same time. It’s really cool.

TW: What do you hope an audience leaves with after a night with you, after A Night With Janis Joplin?

MBD: I hope they realize what a much more lovely and complex person she was, and that they to want to learn more about Bessie Smith or Nina Simone or Odetta. You know, go back and say “Oh I wasn’t really familiar with Janis. Now I’m going to go listen to all of this.” I get emails or tweets and such, saying “I went and bought every album of theirs,” and “This is the best stuff,” and “Thank you for being the ones that turned us on to it.” I want you to feel good when you leave because Janis’s whole thing was “Don’t compromise yourself. You’re all you’ve got.” We say the same thing in the show. Music is everything, man. It turns a switch on in your brain and makes you say “Maybe I can do anything,” and I just look to the audience because you can! You can do anything. I just want people to feel. That’s the most important thing.

Mary Bridget Davies stars in a one-night only engagement of A Night With Janis Joplin at the Thunder Bay Community Auditorium on Monday, April 11 at 8PM. For more information visit anightwithjanisjoplin.com and tbca.com, or follow Davies on Twitter @marybdavies. 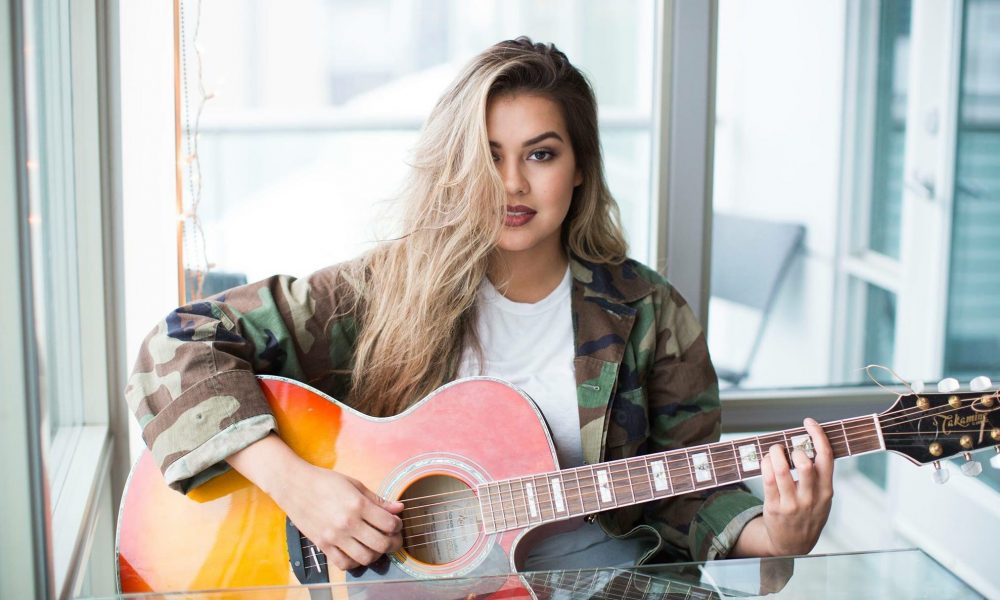 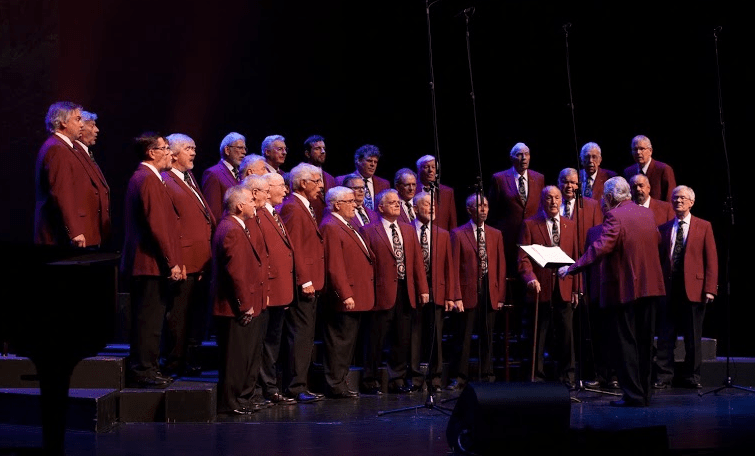 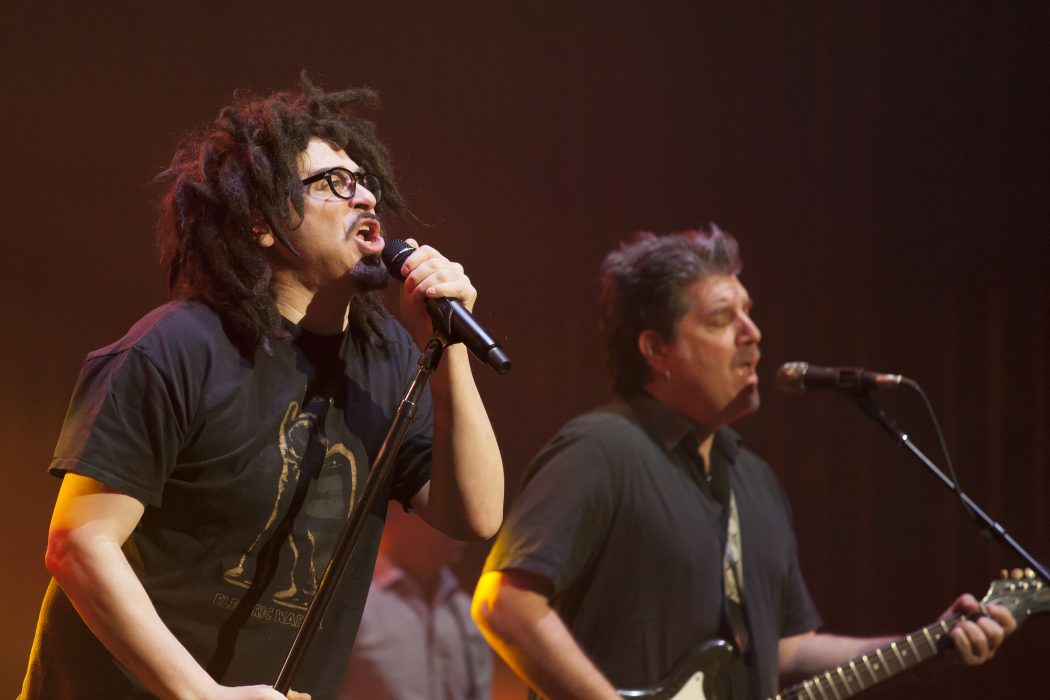 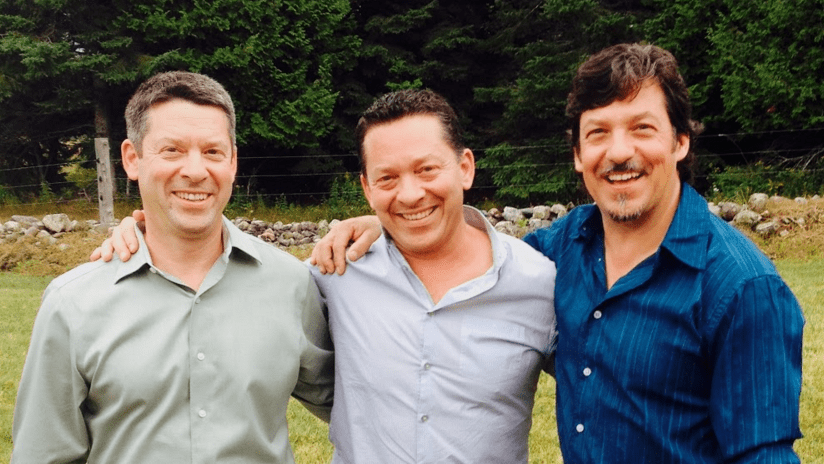