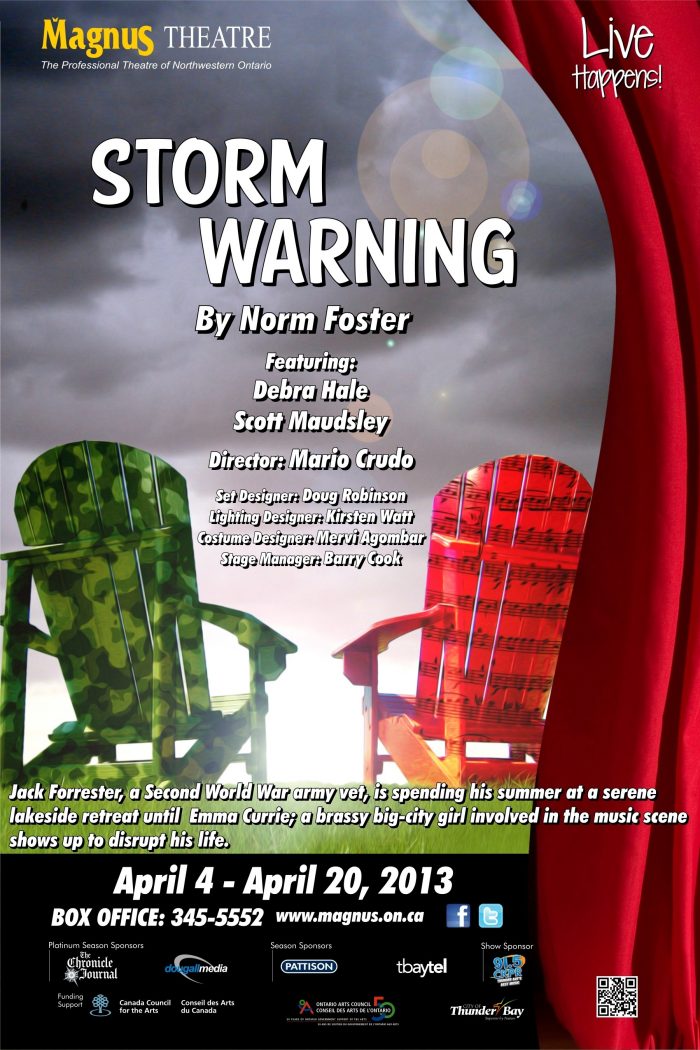 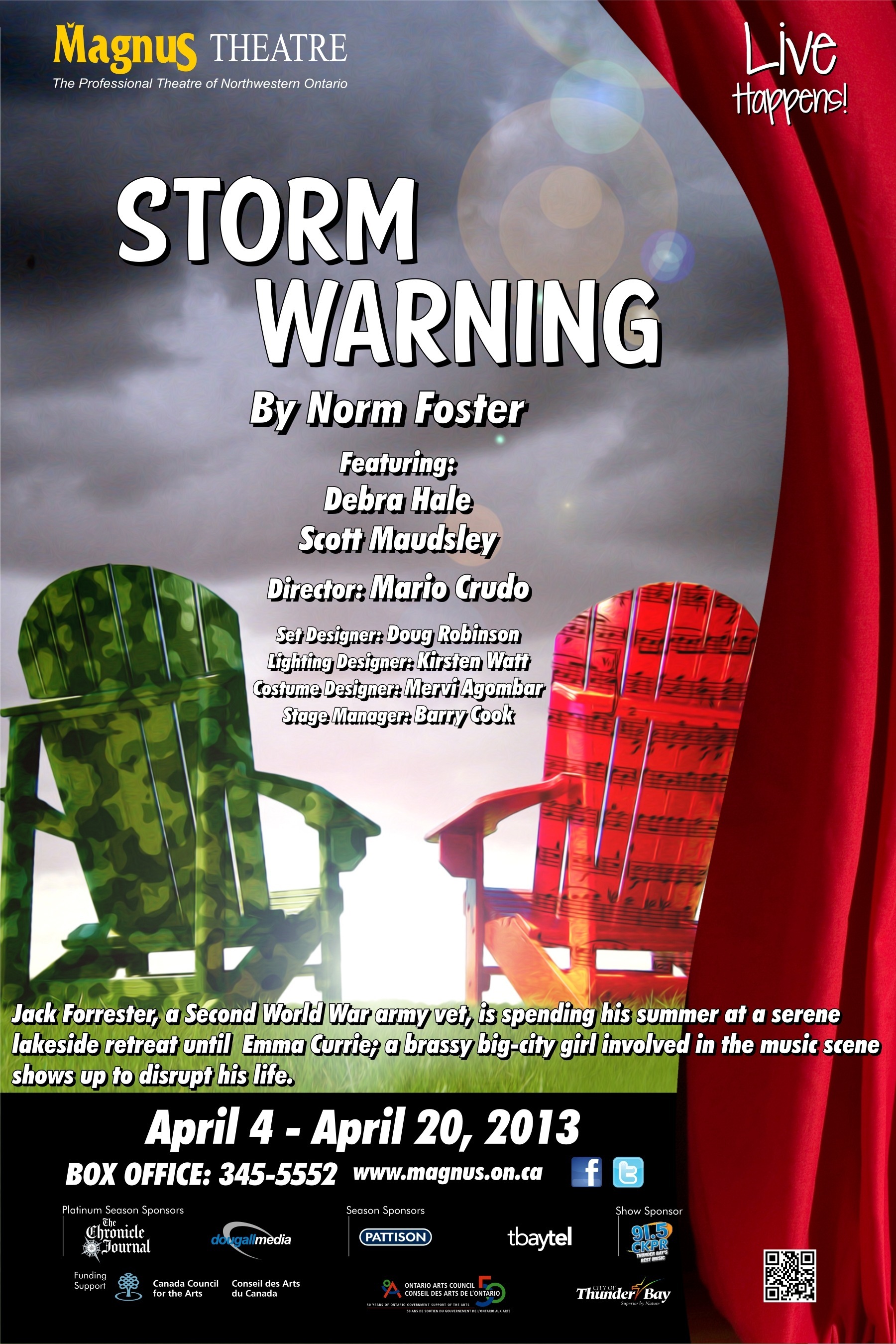 Set in 1953, just after the end of World War Two, war-damaged veteran Jack Forrester is spending his summer at a silent and somewhat remote retreat on Pigeon Lake. Intrusively, Emma Curry, a loud, pill-popping, brash big city woman takes up residence in the adjacent cabin. Polar opposites, chaos erupts as their opposing worlds collide, and both of these characters go on a journey as they eventually reveal themselves and their secrets to each other.

Magnus will also preview their intended main stage line-up for the 2013/2014 season during the run of Storm Warning from April 5 through April 20. Call 345-5552 or visit magnus.on.ca for more information or to book tickets online.