After hibernating over the summer months, Jean-Paul De Roover is back, and not surprising he’s got some big plans. Sights have been set on a music video for his song One By One from his newest album Complexity in Simplicity. With his two pervious music videos seeing airtime on MuchMusic and at several independent film festivals, there are big expectations for what’s to come.

“I’ve always had big ideas for music videos,” De Roover states, “and this time will be no exception!” While details cannot be released about the video’s premise, it will begin shooting in early September.

While plans are still being laid for the video shoot, De Roover is hosting a fundraiser event at The Foundry on Saturday, August 24th in order to offset some of the production costs. Beginning at 10 PM, he will take the stage for 3 distinct sets. The first will be a stripped down acoustic set, while the second will feature
De Roover’s now familiar live-looping performance style. Both sets will feature selections from all four of his albums as well as unrecorded material and some select cover songs. The third and final set will be a bit of a departure, using his live-looping technique to create lush, instrumental and all improvised music.

“After exploring the world of film soundtracks for some time, I’ve been incorporating more and more ambient sounds into my regular performances” De Roover explains. “The fact that it’s all improvised makes the show that much more unique, and even more so than my already different live performance style!” he laughs.

The event happens at The Foundry on August 24th. Doors open at 10 PM, with a $5 cover charge at the door for a 19+ show. As part of the Ribfest weekend, specialty rib items will be on the menu. 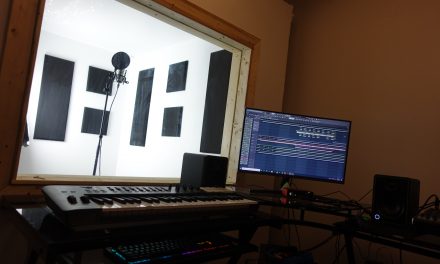