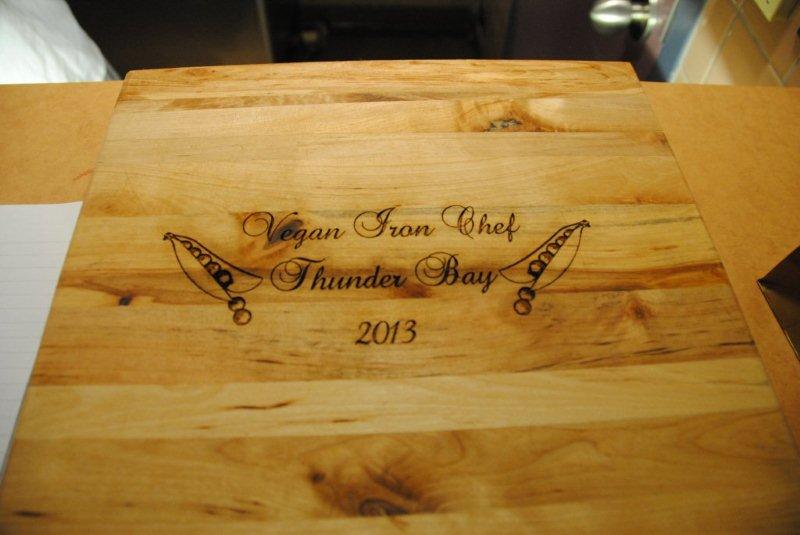 Story and photos by Tara George

The competition was fierce at Thunder Bay’s first Vegan Iron Chef, an event held January 19th by Veg Thunder Bay (Vegan Education Group) in partnership with the Confederation College Culinary Management Program. Amateur contestants entertained intrigued onlookers and fans with the most delicious and beautifully presented vegan fare. Twenty-five lucky ticket holders were privy to viewing the competition live in the kitchen adjacent to the college’s Rumours Dining Room, where Tim Matthews, Program Coordinator and Chef at the college, served as host, and did a good job of keeping the contestants on his toes with his witty humour. Three teams and one solo cook were tasked with creating an entrée that would be judged on the degree of difficulty, flavor combinations, presentation, and completing their dish on time. Bill Gregorash, Marija Harp, Fred Jones, and Helen Liba took on the pleasurable task of taste testing, and the difficult task of scoring the contestant’s unique creations.

Later, after-party ticket holders were treated to a night of prizes, games, a cooking demonstration, and an informational video. The Confederation College Culinary Management Program also prepared and served delectable vegan hors d’oevrves – imagine roasted red pepper and olive bruschetta, curried vegetables in phyllo, and Gardein chicken product (which is actually quinoa) topped with tomato sauce on a crostini, just to name a few. Finally the evening wrapped up with the announcement of the winner of the day’s competition. But first, a synopsis of the contestants and their dishes:

Tina Gibson and Jesse McIntosh were a mother-daughter team who prepared Thai Pineapple Fried Quinoa Boats. Both onlookers and judges agreed that this inventive quinoa-based dish was beautifully presented, and was the perfect blend of sweet and spicy.

Clint Harris prepared a Mushroom Ravioli with a Root Vegetable Puree. One onlooker shared that this dish was “an impressive combination of different mushrooms enveloped in a ravioli shell.” The judges agreed that the texture of this flavourful dish was spot on.

Chelsea Aimee Monteith and Cheryl Gregory are first year Confederation College Culinary Management students who prepared Exotic Mushroom Tri-Coloured Quinoa with Rosemary Skewers. It was agreed by all that the preparation of the vegetables on this beautifully presented dish was perfectly executed.

Cassandra Riddle and Marc Hardiejowski delighted the judges with their creation of Pumpkin Arancini, Mushroom Pate, and Beet Syrup – also known to the crowd as the pumpkin risotto balls. One fan summed up this dish best – “they pulled off a rich and creamy texture without using cream.”

And (drum roll please)…Thunder Bay’s first Vegan Iron Chef is Clint Harris! Along with bragging rights, Clint was presented with a trophy (a cutting board) and prize pack sponsored by SoL Cuisine. When asked about his inspiration for his dish, Clint shared that he loves cooking shows, especially Chopped on the Food Network. His main goal of the day’s competition – “not getting chopped!”
[nggallery id=17] 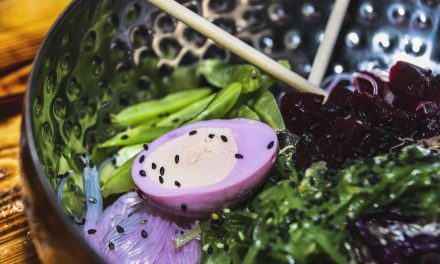 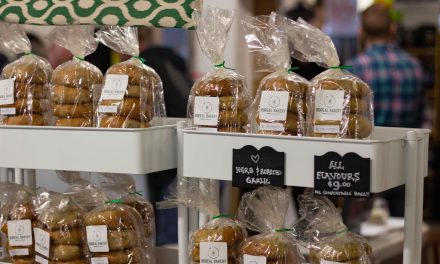 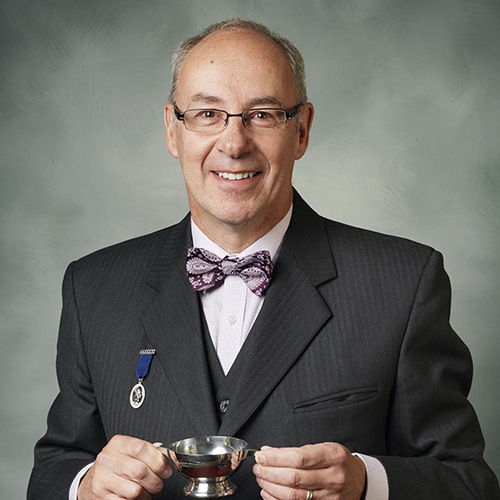 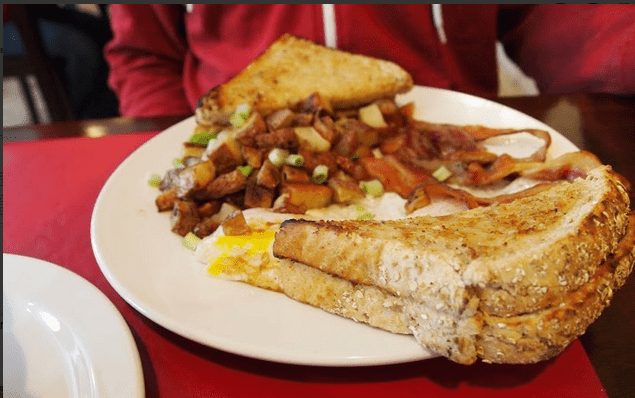