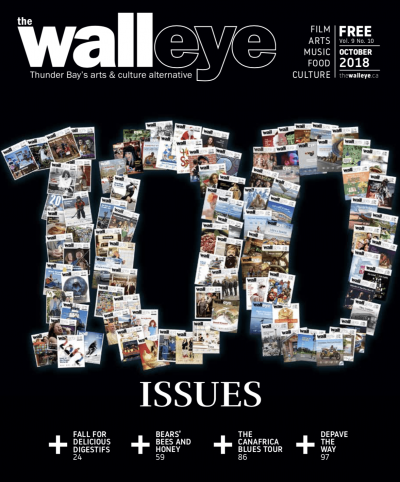 On a cold evening in December 2014, I ventured into Port Arthur and stopped at the address I had been given. The windows and door were taped up with kraft paper and I could hear laughter inside. It felt like I was at the entrance of a speakeasy. In the dark room (I don’t think there were any overhead lights set up yet) there was chatter and a buzz with unfamiliar yet friendly faces. It was my first editorial meeting for The Walleye. Moving back to Thunder Bay earlier that year was almost like moving to a different city. There had always been an arts and culture scene in Thunder Bay but in the years I had been away, it seemed to have flourished tenfold with new restaurants, bars, bands, artists, as well as a magazine to cover them all.

This October is a big milestone for The Walleye as it marks our 100th issue. For this month’s cover story we have decided to take a retrospective look at memorable issues, stories, and all those late nights and early deadlines with the people who were there. Plus, the magazine’s founding editor, Tiffany Jarva, gives us the story behind inaugural issue’s cover photo and we put some of our favourite facts and stats that we’ve collected over the years into an infographic.

Also in this issue, we look ahead at the Thunder Bay Symphony Orchestra’s upcoming season, preview the Toronto International Festival of Authors’ Lit on Tour, and we get the skinny on Waasaashkaa, the second annual gathering of Great Lake Surfers. This month also brings Halloween and things get a bit spooky as we feature some events happening on and around Hallow’s Eve.

I haven’t been here from the beginning but looking back from that first editorial meeting, I know I have been extremely fortunate to be part of the magazine and as editor I’ve met and worked with some incredible people who personify the best of Thunder Bay. As always, thank you very much to the founders of the magazine, contributors, advertisers, and especially our readers. Without all of you, we wouldn’t have made it this far. Here’s to another 100! 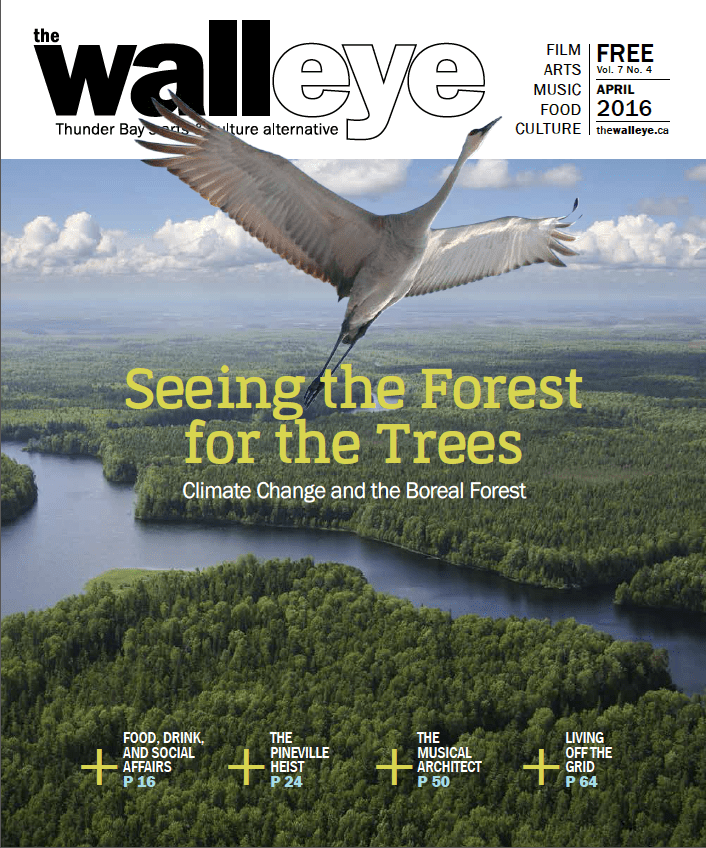 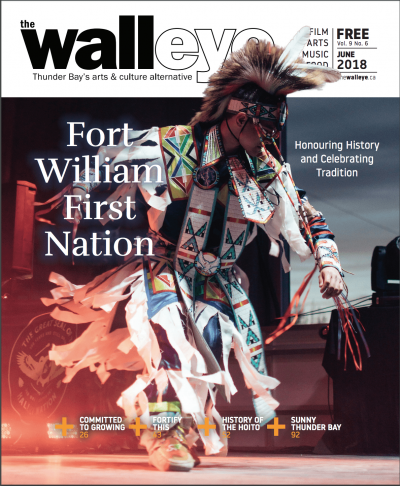 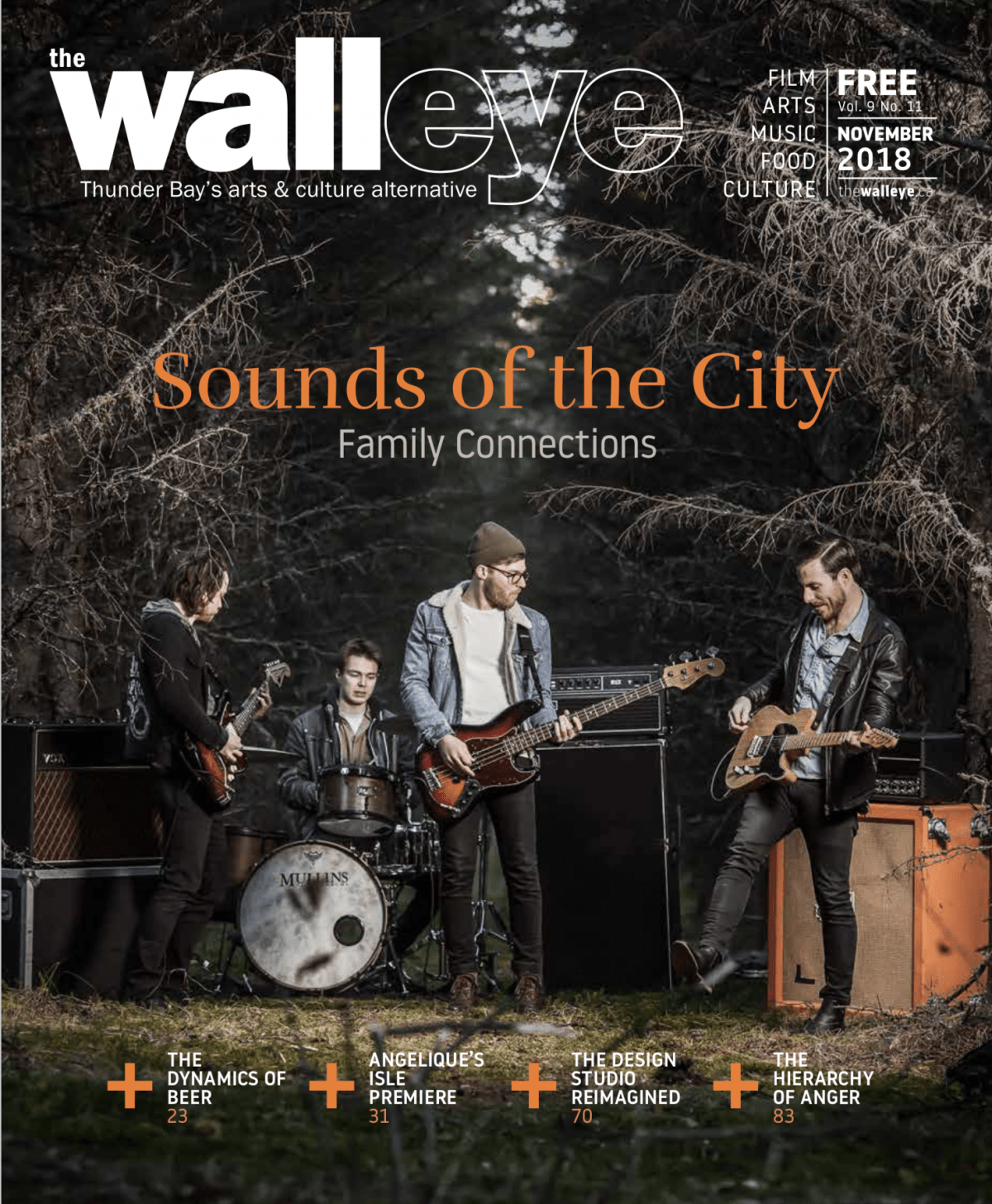