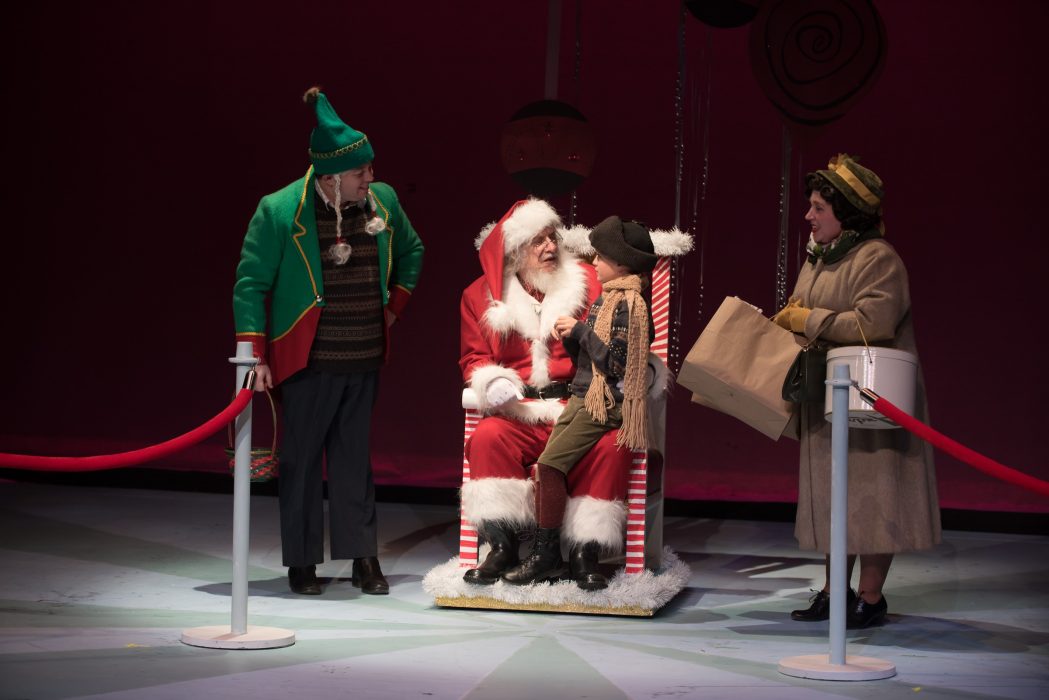 Magnus Theatre’s production of the well-loved holiday classic, Miracle on 34th Street, is a great way to get into the swing of the season. This stage adaptation by Caleb Marshall and Erin Keating based on the 1947 story by Valentine Davies brings to life a story of faith and good will.

Susan Walker (played by Anne-Sophie Lalonde) is a young girl living in New York City in the mid-20th century. Young Susan is a pragmatic and practical child who entertains very little of what you would call “fancy” and Lalonde does an excellent job conveying this in the delivery of her unexpected lines and making the audience laugh. 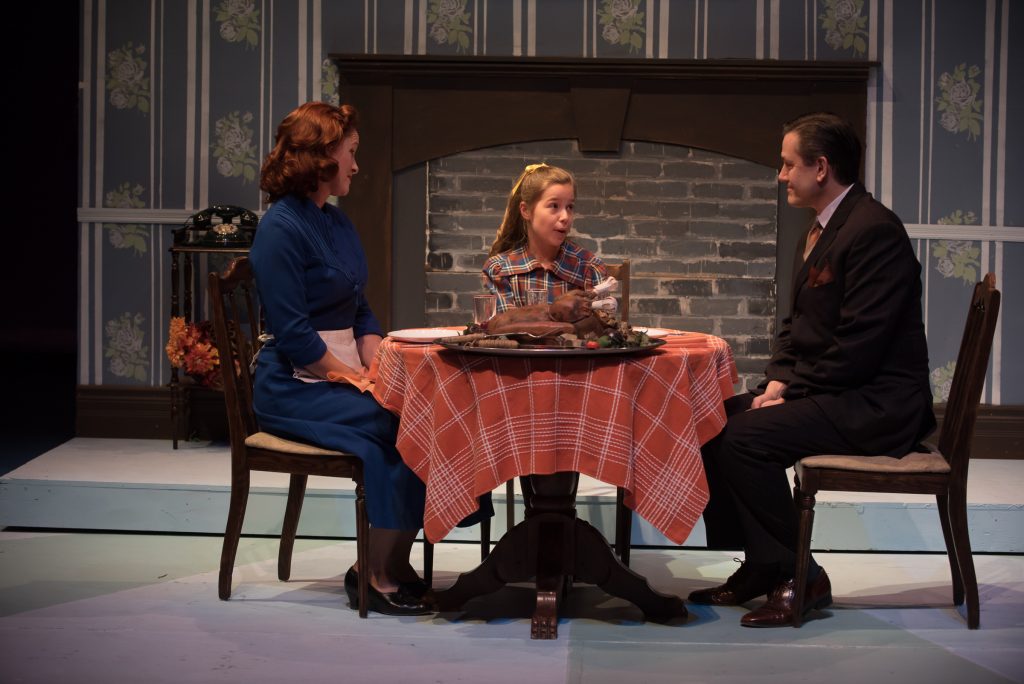 Susan’s mother, Doris (Alison J. Palmer), who has intentionally brought her up with this realistic outlook, works for the department store giant, Macy’s. From a young age, Susan has seen how the proverbial sausage of the Macy’s Thanksgiving Day Parade, when Santa comes to town, is made. But then she encounters Kris Kringle (Walter Learning – complete with “real whiskers!”), a mysterious and jolly man who shows up to save the parade as a last minute replacement Santa Claus. Her imagination begins to come to life and she starts to wonder if perhaps this kindly old gentleman really is who he says he is.

The mesmerizing scene changes allow the audience to fully appreciate the intricate set, designed by Laura Gardner, while the cast provides continuous entertainment throughout with lots of laughs and heartwarming moments – a lot of the laughs coming from the vibrant characters portrayed by Jessica Krasnichuk. The young actors, Anne-Sophie Lalonde and Kael Ewan Napper, performed magnificently in their roles, bringing the necessary touch of youthful innocence to the stage. 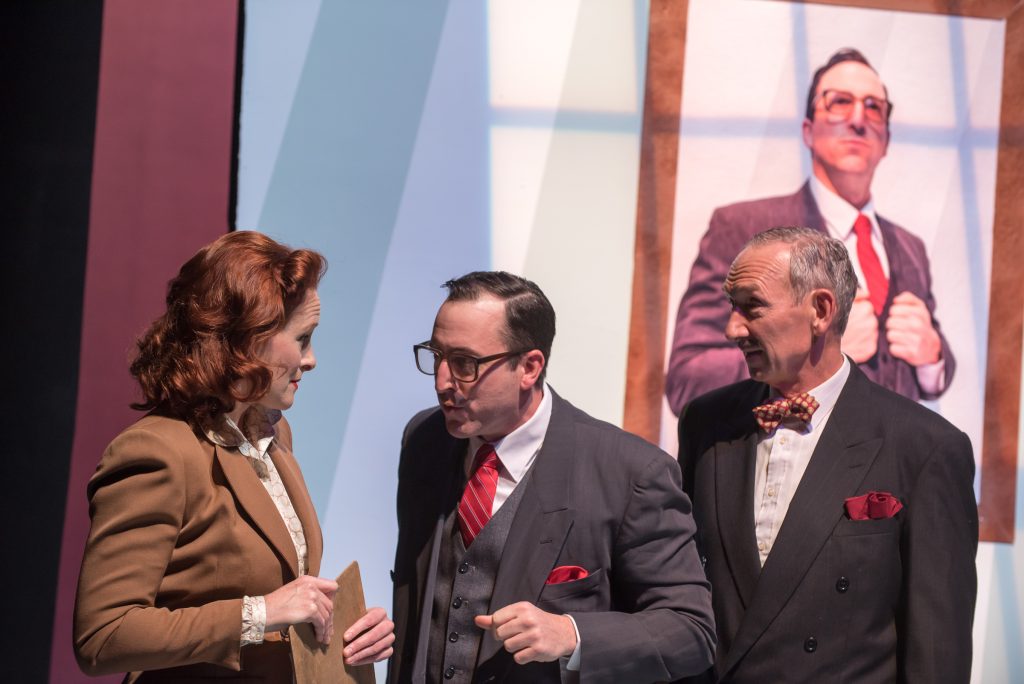 I could have used a bit more fire between Mr. Kringle and Mr. Sawyer (Sandy Winsby) in their altercation scene, and though there are some outdated tropes that this modern feminist can’t help but take notice of, the story was written long ago, and the message of kindness and imagination ring loud and clear.

This production invites the audience to have compassion, believe in the good in others, and be willing to allow a little magic into our lives. 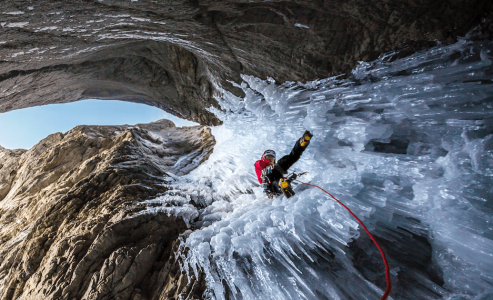 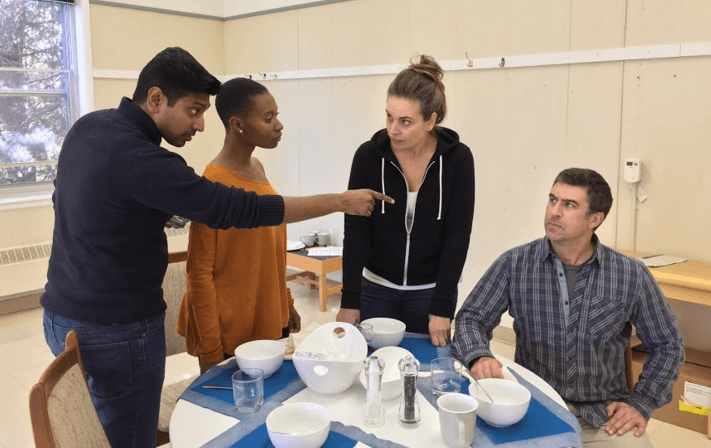