Stand Up Comedy @ The Paramount 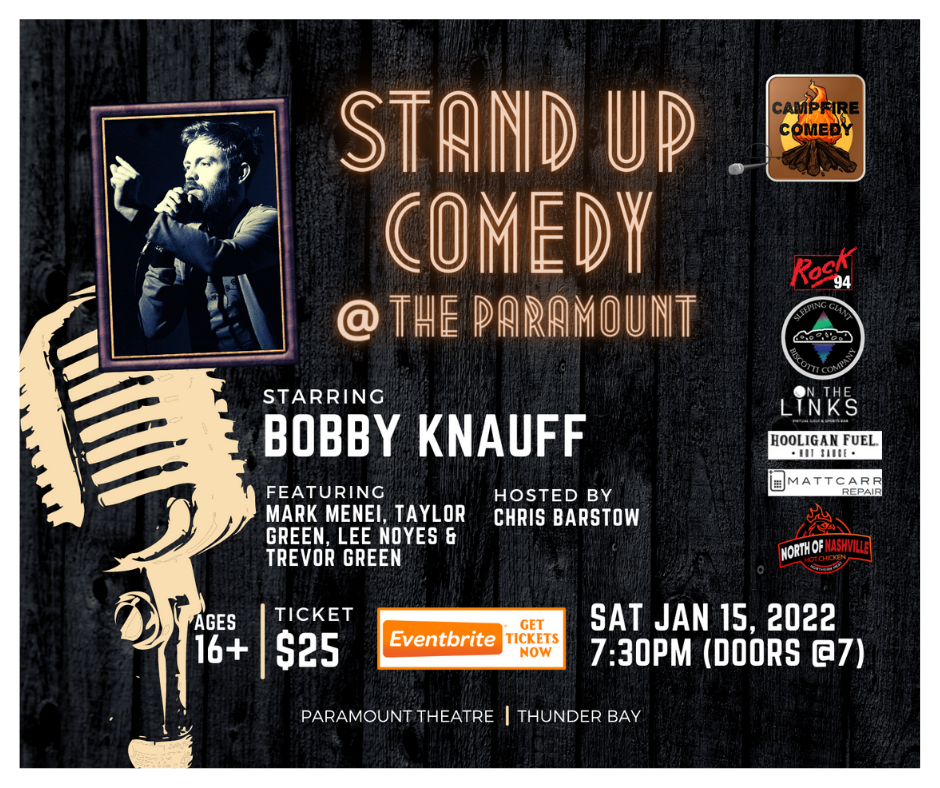 Campfire Comedy presents an evening of laughs at the iconic Paramount Theatre starring the hilarious Bobby Knauff and an amazing cast of feature comics.

Originally from Thunder Bay, Bobby Knauff moved to Toronto in 2006 to pursue comedy. Since moving, Bobby has performed on The Fresh Meat Showcase at The Second City, NXNE Music & Comedy Fest, JFL42, was a semi finalist in SiriusXM Canada’s Next Top Comic (2013), won the 2012 Toronto Comedy Brawl and has toured across Canada with Yuk Yuks. In May, 2020 Bobby put out his first comedy album “Rock Bottom”, available everywhere.

Bobby can also be seen in numerous commercials, guest roles on television and can be heard as a voice actor in cartoons. He is also one half of the sketch duo “The Two Sues” with Josh Stone, and is a puppeteer with his puppet buddy Andre. Bobby now resides in Ottawa, enjoys talking about his minor accomplishments in the third person and also enjoys the company of cats over people.