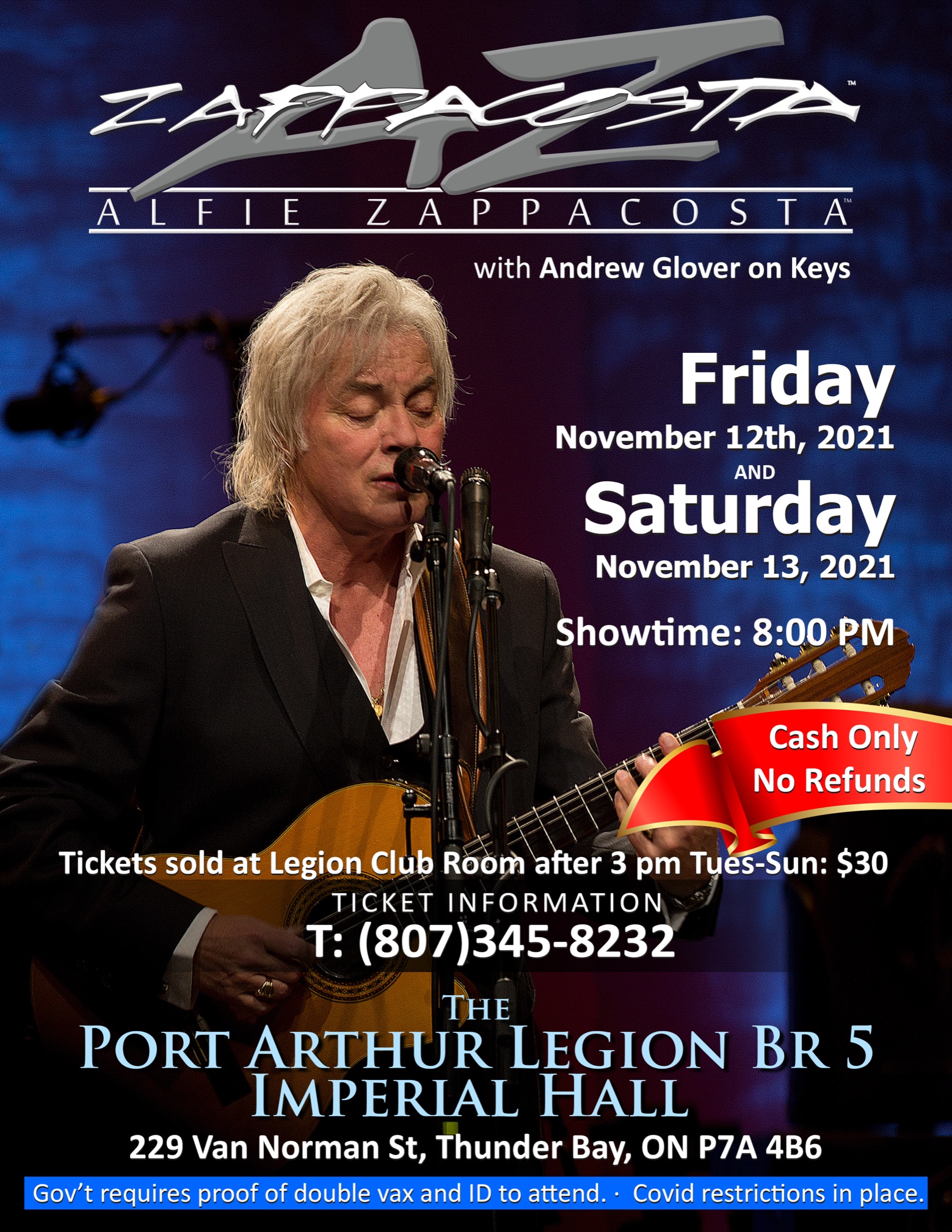 Multiple Juno and American Music Award winner Alfie Zappacosta will be performing at the PA Legion Br 5 for two shows on Fri November 12 and Sat November 13, 2021 !!! Alfie’s May and December, 2020 concerts were postponed due to Ontario’s Covid 19 lockdown, but those purchased tickets will be honoured. ( if you have not been contacted yet for your choice of concert date, please call the Legion at 345-8232 to do so.) Alfie’s last performance in Thunder Bay was in July, 2019 at Thunder Bay’s last Bluesfest…and what a performance !!! This amazing Canadian music icon’s +40 year career has included many major accomplishments…besides winning TWO Junos and the American Music Award …appearing in the Canadian music video “ Tears Are Not Enough “ produced by Bryan Adams and David Foster, starring as himself in the Danger Bay episode “ Rock Star “ ( written especially for him ) which introduced his beautiful ballad “ I Think About You “, co-writing “ We Should Be Lovers “ with David Foster, writing and performing “ Overload “ on the smash hit Dirty Dancing movie and soundtrack, appearing at the TBCA with the Thunder Bay Symphony Orchestra performing some of his greatest hits in Feb 2006, and many subsequent concerts at our world class Auditorium as well as other Thunder Bay venues. Check out YouTube for his music, including his newest CD “ Saved “, released in Feb, 2021. Alfie Zappacosta has a huge fan base and his concerts sell out quickly…so get your tickets soon !!
Tickets are ON SALE NOW $30 CASH at the Club Room ( upstairs in Legion Br 5, Van Norman St ) after 3 pm Tues to Sun.
Proof of double vaccination and photo ID are ( government ) required to attend the concert. No refunds.