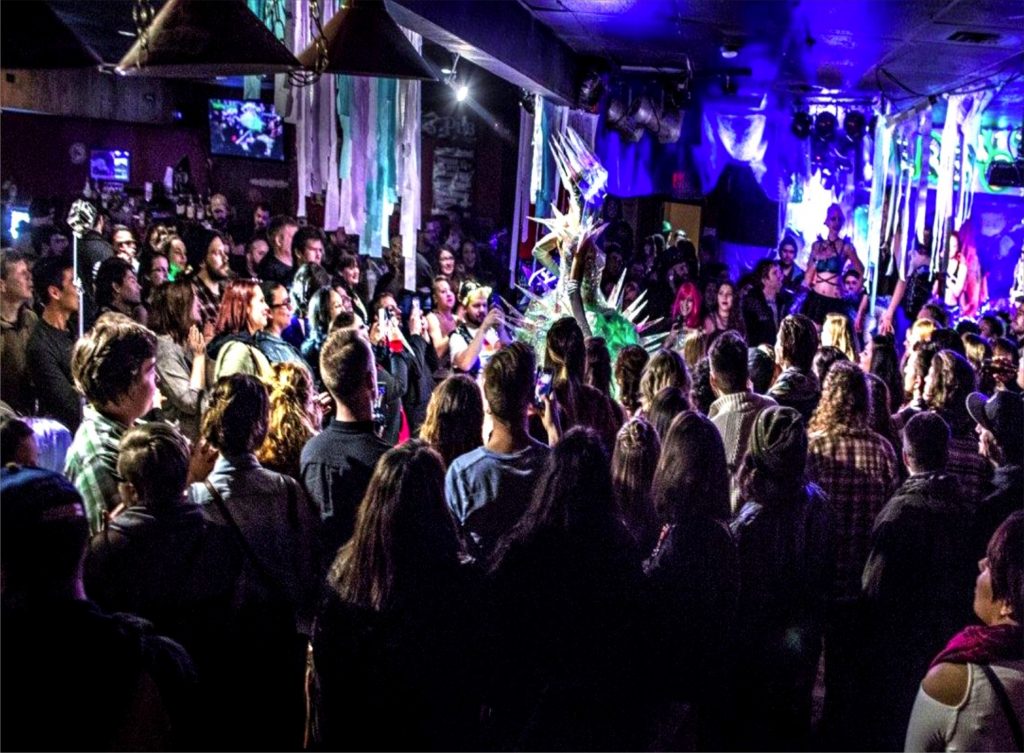 Definitely Superior Gallery’s annual wearable art show, Derelicte, is bringing international exposure to Thunder Bay artists. The art spectacle keeps extending its reach further through online photography and social media, film. For example, Michel Dumont’s spike dress from two years ago was discovered by TFO, a French language television network based in Montreal, through a photograph posted online by Def Sup. TFO contacted Def Sup to track down Dumont, then sent a film crew to Thunder Bay to interview him. “I was shaking before the interview. I never imagined that would happen,” says Dumont, who is a self-taught artist, maker, and designer.

Coincidentally, he says seeing Derelicte pop up on his Facebook feed 10 years ago is also the reason he rediscovered his art. “Derelicte and its online feed has changed the game,” he says. “I was dissuaded from making artwork for 20 years, dealing with homophobia in Thunder Bay, but 10 years ago when this art show came across my feed I submitted.” One of Dumont’s chosen mediums is tailoring and making entire costumes and shoes from extensive layers of cellophane, packing tape, 3D printing, and LED lights. Since the spike dress made its debut at Derelicte, Dumont has sold his work in Toronto and Montreal, and just recently completed a Banff Centre for the Arts residency where he met curators from Hong Kong, Los Angeles, and Amsterdam. Followers and curators from around the world are watching his Instagram page.

Perhaps it’s because there are few opportunities to see distinctly original, local wearable art on a catwalk in the north that local artists are being sought out for their distinct concepts. Derelicte has been filling the void in wearable art in northern Ontario for the past 10 years. Artists from all genres and background are invited to submit their work, and the result truly is an “odyssey” of wearable and performance art. At the show, models are often helped or lifted onto the stage make it down the runway in their wearable art. “Derelicte is a blending/fusion of all art forms that works symbiotically with arts and local fashion entrepreneurs. It’s music-fashion-performance-wearable art and 600 people attended it last year,” says David Karasiewicz, artistic director, Definitely Superior Art Gallery. “This year there are 15 original multi-art pieces/performances planned for the one stage at Black Pirate’s Pub.”

One artist to watch is Barbara Benwell, who will be showing new original pieces this year. Her work speaks to her interest in social justice, equity, and access for marginalized women. She incorporates emotional experiences inspired by personal life events including pregnancy, prenatal access to care, birth, miscarriage, cancer, and death. “I’m told my work is very relatable to part of the community and I think it shows people that they are not alone in these experiences,” she says, adding that it’s more than just the cumulative work on the catwalk, but also the process of creating the work that she inspires her most. “In the one I did about my dad’s death, I made it with these large metal balls that hang from the dress, and it’s physically about holding the weight of death. When I was making it my hands turned black from the oils on the metal—my dad was a mechanic so my hands looked like his.” 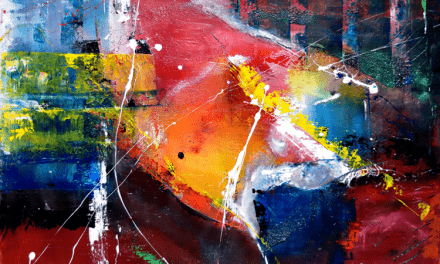 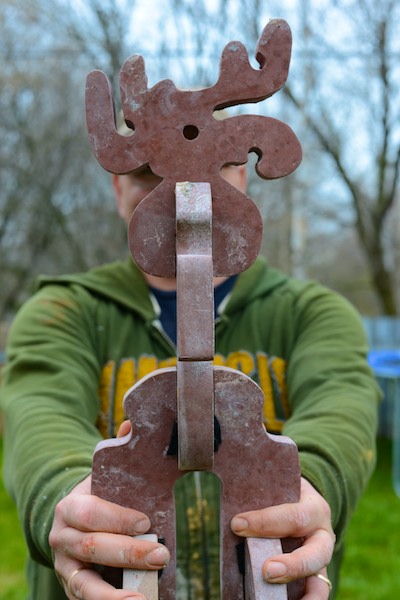 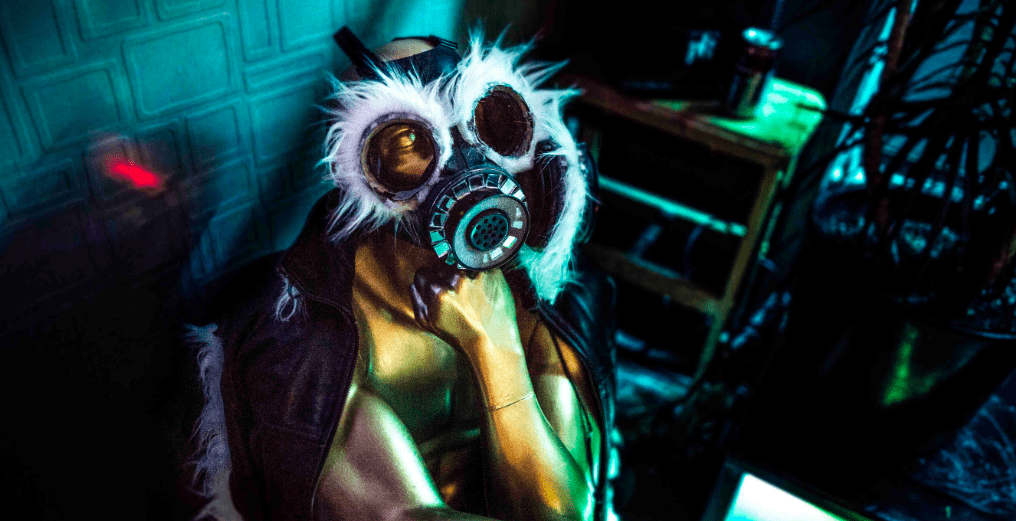 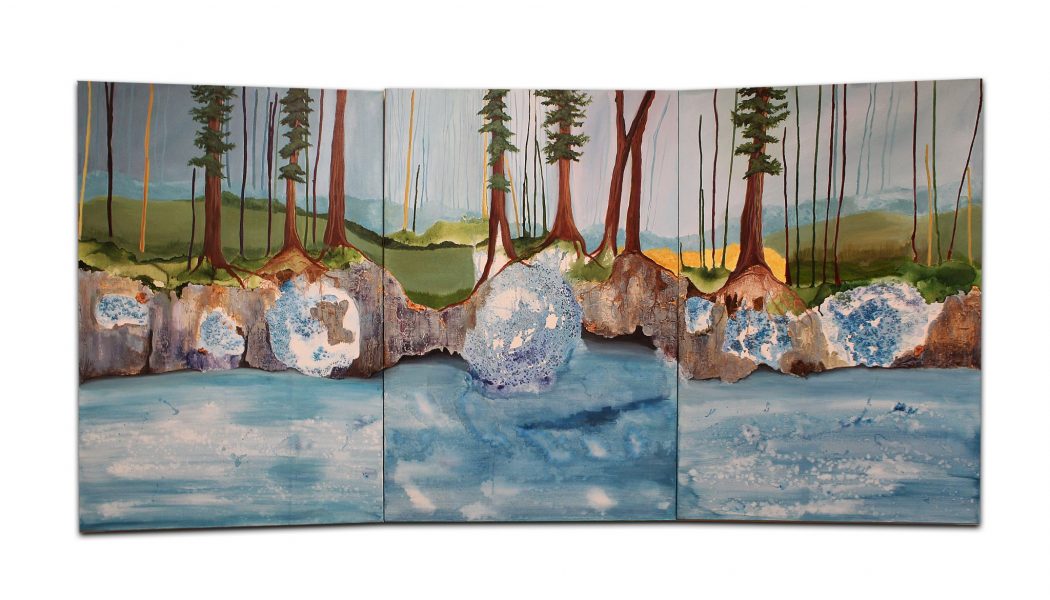