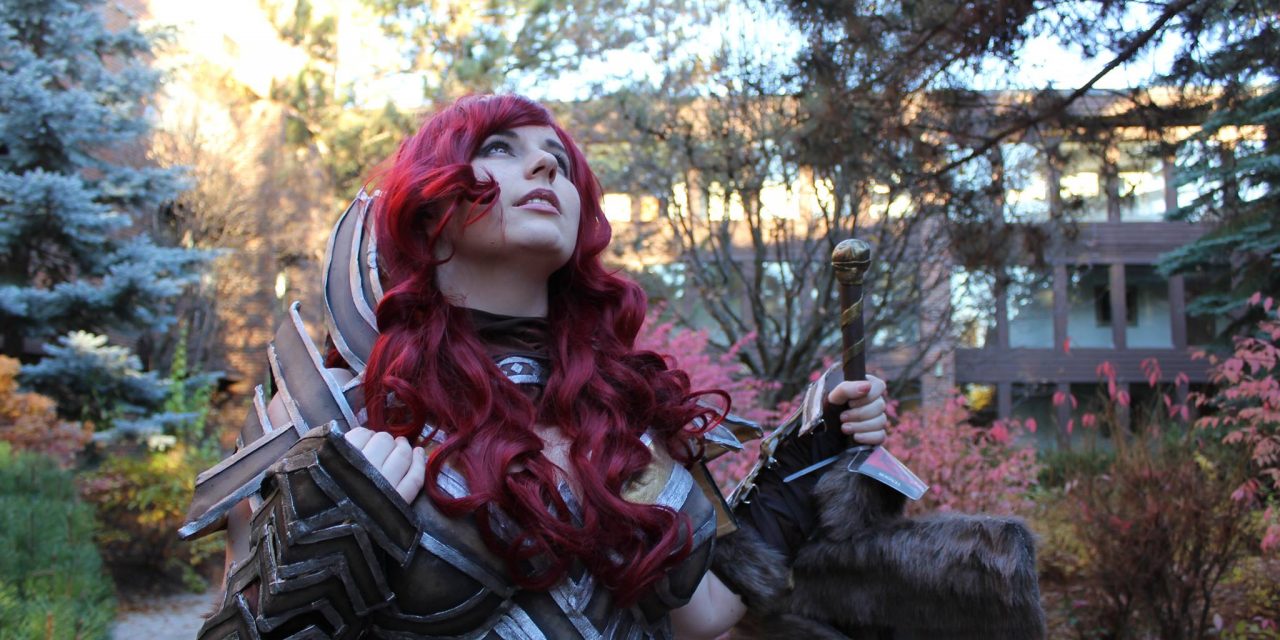 How many of us can say that our skill set includes sewing, painting, sculpting, mold-making, carpentry, beading, wig-styling, makeup (beauty, monster, and stage), and working with latex and prosthetics? “And you have to be really handy with a heat gun, wood burner, and an assortment of knives and Dremels for armour making,” says Kayla Charban, aka Azariah Cosplay.

Cosplay (costume + play) is a form of homage to characters from popular culture including movies, TV shows, comic books, anime, video games, and books. It’s similar to the costumed characters you would find at Disney World; the difference is that cosplay artists construct all of their own costumes themselves. Right here in Thunder Bay, Charban has been working tirelessly at her craft for four years now. She describes cosplay as “taking two very different art forms—costume building and acting—and smashing them together.” She creates all of her costumes herself, developing skills on the fly to make her visions a reality. “I’ll pick a new costume with something I’ve never done before and then use my Google-fu and YouTube abilities to set the groundwork. Then it’s trial-and-error and tears time.” Charban says that there are a lot more resources available now than even four or five years ago to help learn how to get a handle on some of these techniques.

Right now she’s working on a big project for an upcoming convention, where she hopes to compete in front of her hero, Svetlana Quindt of Kamui Cosplay, an armoursmith from Germany. “This woman is the reason I cosplay. She created these massive sets of armour and always looked so elegant and badass in them.” Charban has always been a gamer who liked to dress up, but she credits her late fiancé with giving her the support and encouragement she needed to take this venture to a new level and pursue it professionally. After his passing, this work has been a way to help her process her emotions.

Cosplay is not just about “dressing up,” but a sense of belonging to a larger community, an artistic outlet, a way to connect with folks about safe gaming (Charban did a workshop in character teaching families how to use Pokémon Go safely), and bringing cheer by visiting kids in hospital. Charban believes the connection to mental health and body positivity is important as well, and hopes to use the influence she has on her online platform to promote this.

If you want to show off some of your own cosplay, events like Free Comic Book Day, movie openings, and ThunderCon are great places to start. You can also join the Thunder Bay Cosplay Hub Facebook Group. Follow Azariah Cosplay on Facebook and Instagram @azariahcosplay. 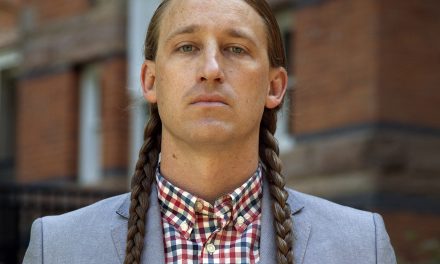 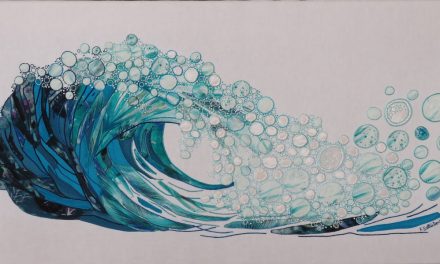 Not Your Grandmother’s Fibre Art